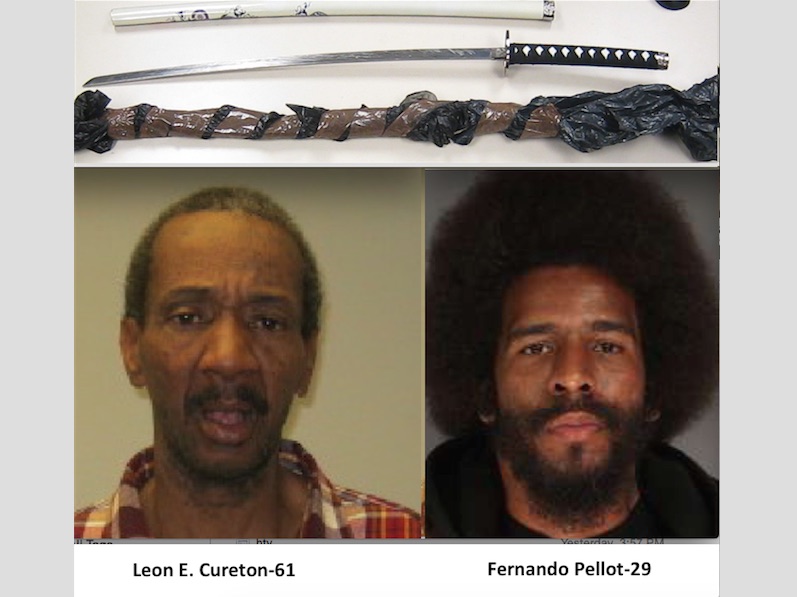 Two men were arrested yesterday around 11.00am after Port Authority Police found them with  possession of a concealed metal blade ‘Katana’ in a sheath wrapped in a black garbage bag and tape.

According to Port Authority Police, officers were on duty at Penn Station when they saw a man identified as 61-year-old Leon Cureton running while carrying a long black object. Chasing after Mr. Cureton was another man identified as 29-year-old Fernando Pellot shouting.

During an investigation, it was revealed that the object in a plastic back was a metal blade and Mr. Cureton took it without consent from Mr. Pellot.

Mr. Cureton was placed under arrest for theft and for receiving stolen property. In addition he had an outstanding warrant from NYC.

Mr. Pellot was also arrested for unlawful possession of a weapon.

The Katana was vouchered for safe keeping.