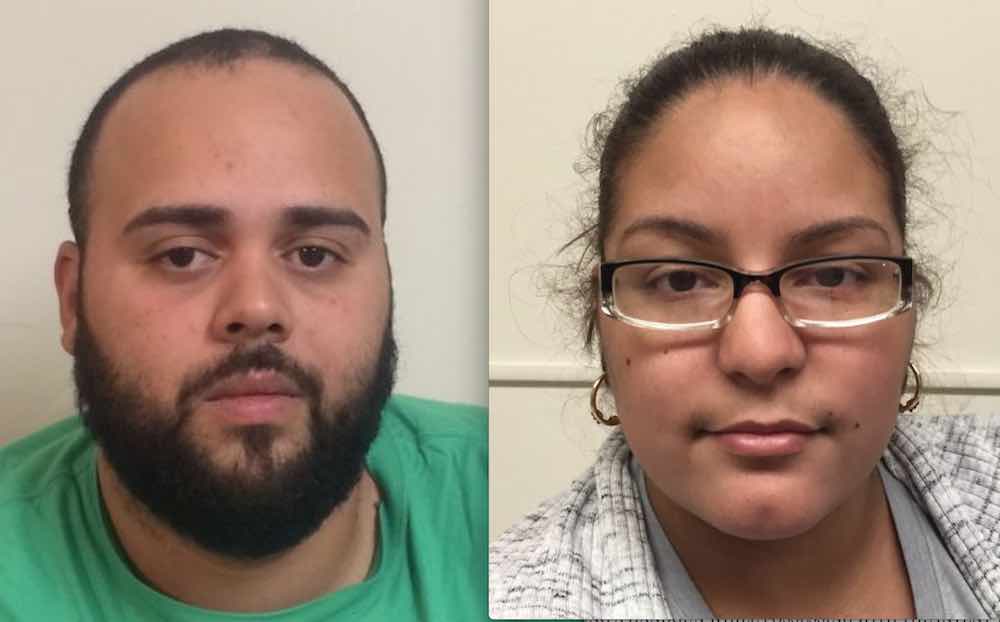 On November 1, 2016, following an investigation, members of the Hudson County Prosecutor’s Office Narcotics Task Force arrested two North Bergen residents for the possession and distribution of marijuana in North Bergen.

Task Force Officers arrested Anthony Gonzalez, age 30, and Jessica Oropeza, age 27, of 73rd Street in North Bergen on various charges involving the possession of marijuana with the intent to distribute.

Gonzalez and Oropeza were arrested after a search of their residence led to the recovery of nearly 25 pounds of high-grade marijuana and a small amount of cocaine. The street value of the total quantity of marijuana seized is approximately $150,000. The Task Force also seized four handguns and over $140,000 in U.S. currency.

Gonzalez was charged with the following:

DISTRIBUTION OF A CONTROLLED DANGEROUS SUBSTANCE (COCAINE) IN A QUANTITY LESS THAN 1/2 OUNCE, IN VIOLATION OF N.J.S. 2C:35-5.

ENDANGERING THE WELFARE OF A SECOND CHILD SPECIFICALLY BY MAINTAINING A DRUG DISTRIBUTION FACILITY IN THE SAME PREMESIS WHERE THE CHILD LIVES AND CREATING A SIGNIFICANT PROBABILITY THAT SAID CHILD WOULD BE NEGLECTED AND OR ABUSED BY NEGLECT; AND BY SPECIFICALLY KEEPING THE CHILD WITHIN REACH OF A CONTROLLED DANGEROUS SUBSTANCE, (MARIJUANA) WITHIN THE REACH OF THE CHILD; AND BY MAINTAINING A LOADED FIREARM WITHIN REACH OF SAID CHILD IN THE PREMESIS IN VIOLATION OF N.J.S. 2C:24-4.

DISTRIBUTION OF A CONTROLLED DANGEROUS SUBSTANCE (COCAINE) IN A QUANTITY LESS THAN 1/2 OUNCE, IN VIOLATION OF N.J.S. 2C:35-5.