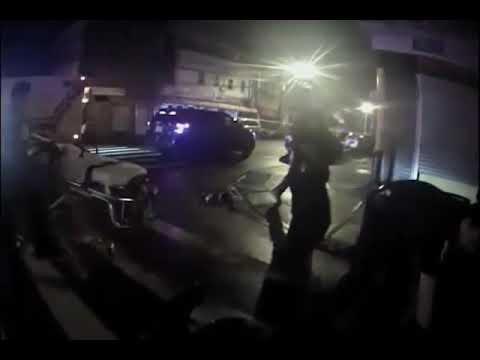 Newark – Acting Essex County Prosecutor Theodore N. Stephens, II, announced today that he is releasing video in the Michael Bates police-involved shooting in light of the fact that an incomplete video has been released.

In December 2018, Bates, 37, of Orange, was shot by an Elizabeth Police Officer responding to a domestic dispute. Bates, who was charged with making terroristic threats and creating a false public alarm, was taken to University Hospital in Newark and treated for non-life-threatening injuries.

In accordance with the long-established Independent Prosecutor Directive, the Attorney General reassigned the investigation related to Bates and to the EPD officers’ use of force from the Union County Prosecutor’s Office (UCPO), which was the initial responding agency, to the ECPO to avoid a possible conflict of interest, or appearance of one, as one of the responding EPD officers has a professional relationship with the UCPO.

The investigation by the Essex County Prosecutor’s Office Professional Standards Bureau is ongoing.

Yesterday, a news organization published an incomplete video that purports to show the shooting incident.

“This is not the full video. The video has been altered. In an effort to ensure the public is not misled, we felt compelled to release the full video to set the record straight,’’ said Acting Prosecutor Stephens.

“We understand and appreciate the public’s interest in these matters.  However, improperly amended or edited information does not serve the cause of justice and may compromise the integrity of the investigation,’’ Acting Prosecutor Stephens added.