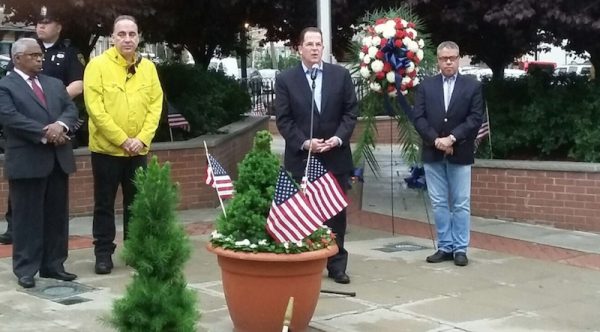 The Cities of Union City and Weehawken paid tribute to our fallen heroes each respectively with ceremonies along with a parade in Weehawken this memorial day.

During a ceremony that took place at 9am at the Union City Memorial Plaza, Mayor Brian Stack said: “Memorial Day is an important time to honor and remember the men and women who gave their lives in service to our country. We must never take for granted the sacrifices they made for our liberty”.

In addition, Weehawken started a parade at 22nd and Gregory Avenue around 9.30am. Public Officials, Board of Education officials, Weehawken High School Band, Police, Fire and Many veterans took the streets to pay also tribute to the fallen soldiers.