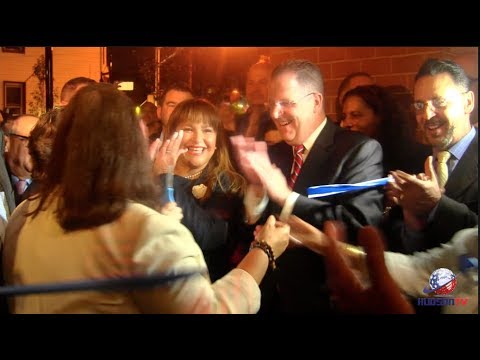 It was standing room only Tuesday night as hundreds came out to 1600 Kerrigan Avenue in Union City to celebrate the grand opening of the Gilmore School.

All the blocks have been repaved, new sidewalks put in and Mayor Brian Stack says – the residents in that area have been great, putting up with years of construction and streets being closed down.

“With the greatness of a school like this, like all schools in Union City it’s about what goes on here during the day,” Stack says. “But not only during the day, at nighttime it’s a community center.

The school has 350 students and is a top rated green school, as well as a national Blue Ribbon School.

With this new school year comes this new addition to the community.

Gilmore will educate current children and future generations. It’s a place of learning, tolerance and success.

And it’s the 11th school the mayor has had renovated during his tenure as mayor.