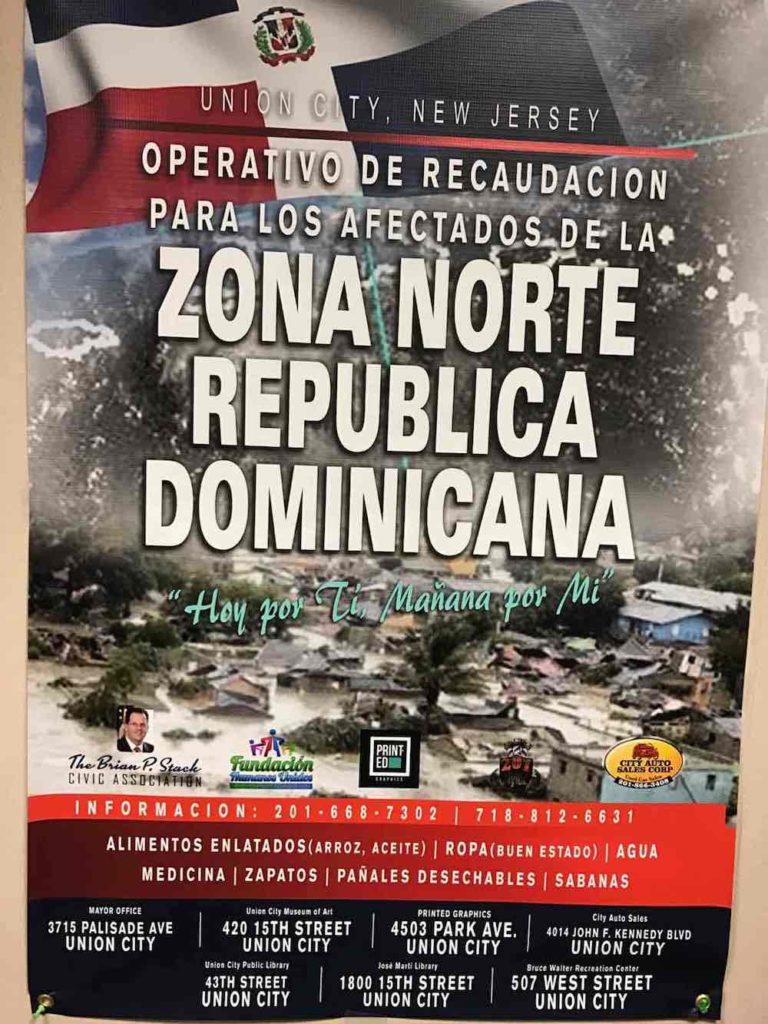 (UNION CITY) – The aftermath of Hurricane Matthew has continued to impact the northern region of the Dominican Republic with heavy rainfall causing major flooding affecting tens of thousands of people in that region. In response to the disaster, the City of Union City in conjunction with community partners will be collecting donations for the victims. The flooding has caused major damage to crops, homes and infrastructure in many areas. A state of emergency was declared in the provinces of Puerto Plata, La Vega, Espaillat and Maria Trinidad Sanchez.

“Many have lost everything,” said Mayor Brian P. Stack. “It is my hope that the community in Union City can assist in any way possible – no matter how large or small. As a result of the disaster, we have set up several donation collection locations for residents to drop off items to help those in need.”

Canned food, rice, cooking oil, clothing in good condition, water, shoes, disposable wipes, sheets and blankets are being collected. Donations will be accepted at the following locations in Union City: