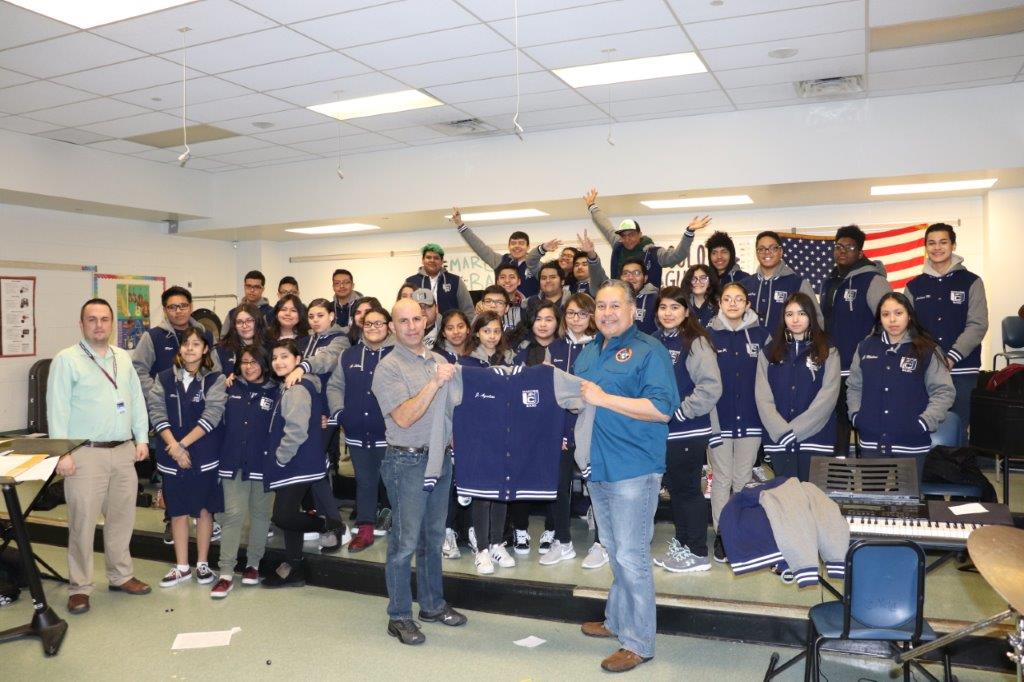 Photos and Story by Ron Jeffers.-

No matter what the temperature, and the long march from 83rd Street south to 32nd Street on Bergenline Avenue, the Union City High School band has been a loyal participant of the annual North Hudson Fire Union’s Charitable Foundation Holiday Parade, every December.  Their outstanding performance is one of the highlights of the parade, entertaining children, parents and residents.

With some extra parade donation money from 2018, the charitable foundation decided to thank the band by having custom made jackets made for its members, with UCHS logo.   Mirtha Serret, district department supervisor of performing arts, said the band never had an official jack before, since the high school opened 11-years ago.

North Hudson Captain Lou Morales and Firefighter Ralph Albarran delivered the boxes, containing 50 jackets, on Wednesday afternoon.  The firefighters wanted to give back something to the marching band members for being there every holiday season.

As band director, Robert Dubois, assembled the band members in their practice room, the students were quickly attracted to the five boxes containing their gifts.  As Firefighter Albarran put it, “It was like Christmas morning.”

After searching the boxes for the jacket with their name, they lined up for a photo and Captain Morales thank them for their participation to help make the holiday parade a success.

The firefighter’s foundation is already making plans for this December’s parade, with their usual dedication.