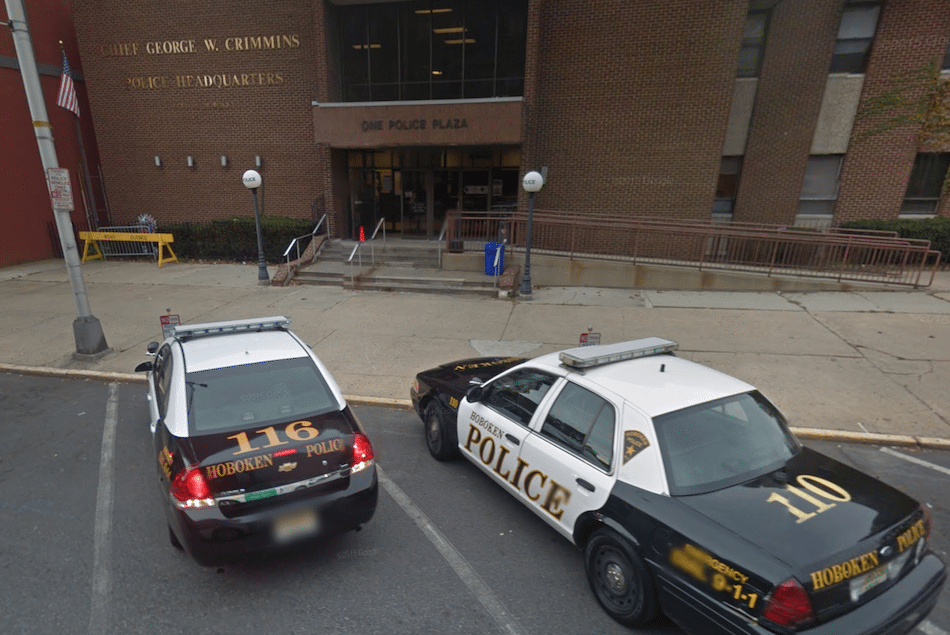 On Thursday, March 31st, 2016, at approximately 0530 hours, Detectives, William Collins and John Quinones from the Hoboken Police Department, observed a male they believed to be Luis Medina, a 35-year-old male from Union City, walking in the area of 8th and Madison Street.

Due to Luis Medina currently having open warrants for his arrest for multiple counts of Burglary and Thefts, he was stopped and arrested. When searched, Mr. Medina was in possession of two black garbage bags in his left pants leg, a small L-shaped metal bar, a pocket knife, and a small rounded glass pipe with mesh wiring inside of it, commonly used to inhale CDS crack cocaine. Therefore, Medina was additionally charged with Possession of a Weapon for Unlawful Purpose, Unlawful Possession of a Weapon, and Possession of Narcotic Paraphernalia.

Luis Medina was charged with two counts of Burglary and Possession of Burglary Tools and eight counts of theft. The charges were placed on a warrant and Detectives were able to locate Medina March 31st, 2016 in the above circumstances.
Medina was sent to Hudson County’s (CJP) Central Judicial Processing where he was remanded to Hudson County Correctional Facility.

The Hoboken Police Department would like to take this opportunity to encourage residents to aggressively track their packages. Interception at arrival is always ideal. If your building has a management office, please try to arrange for a safer environment for packages being dropped off.

Having your packages dropped off to parcel stores for a small fee is also beneficial. Relying on trustworthy neighbors who get home from work earlier than you to hold your packages is always an option. The longer your packages sit for you the greater chance they have of being taken.

Please take the proactive steps needed to protect your packages from theft.