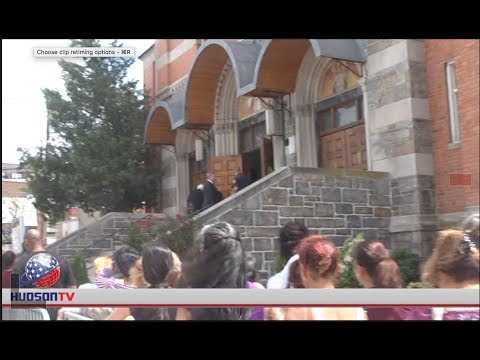 Heartache and compassion could be heard in the words shared by local residents who were mourning and remembering the lives of 2-year-old Jason Gonzalez, 4-year-old Shamira Lopez, 7-year-old Cristian Josue Mendez, 13-year-old Jose Felipe Tejada and 5-year-old Mayli Wood, who were killed during a five-alarm fire in Union City on July 13.

Union City spokesperson Erin Knoedler said the four siblings and their cousin died on the third floor of the apartment building where they lived on 25th Street.

Ten building and fire code violations were cited, including nonconforming use, the owner has been fined about $60,000.

The Hudson County prosecutor’s office is handling the investigation

Mayor Brian Stack’s office is collecting donations in the form of a check or through a GoFundMe account. So far, about $60,000 have been raised for the family.

The funeral mass will take place on Wednesday, July 25 at St. Anthony of Padua Catholic Church in Union City.