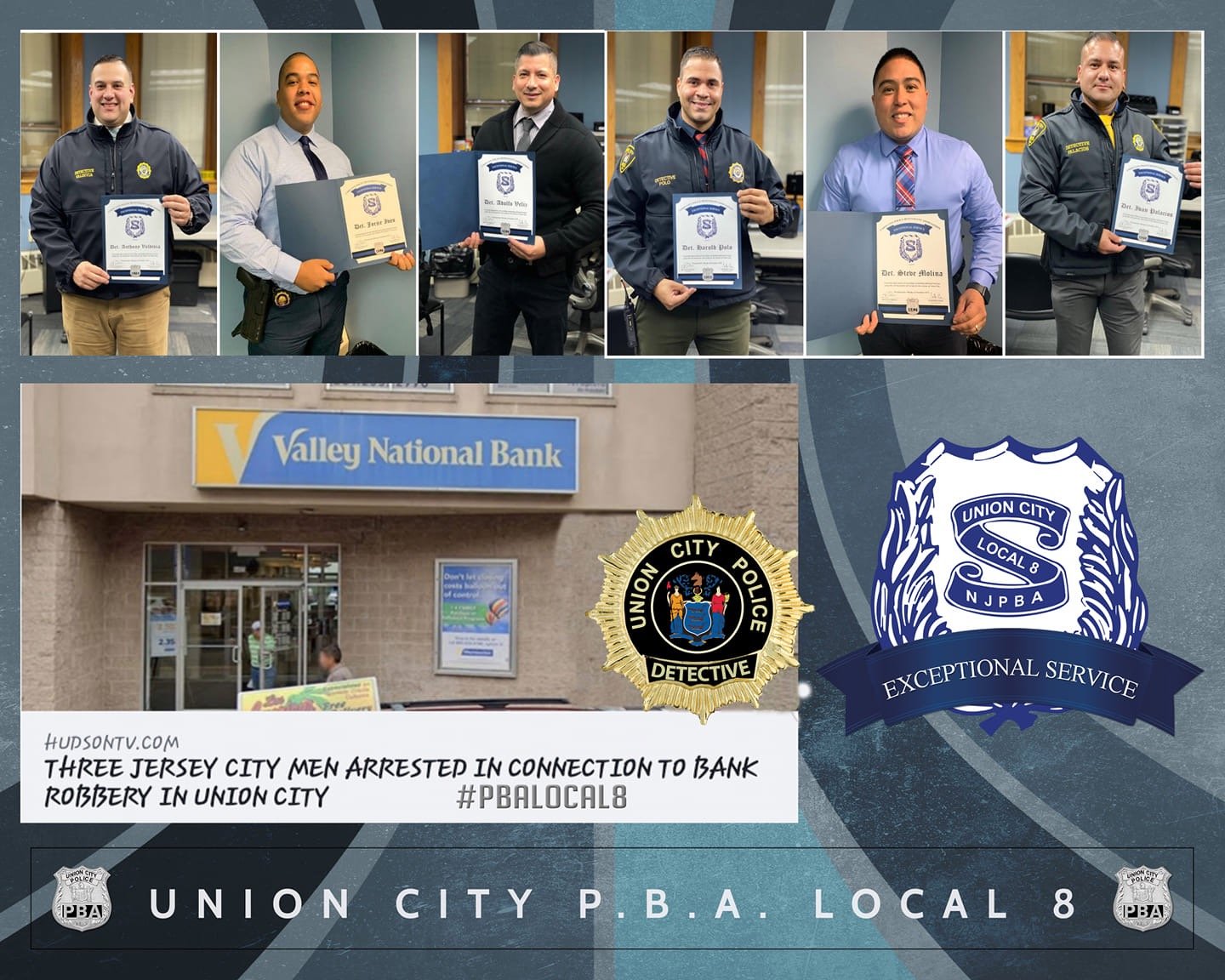 (UNION CITY, NJ) — At approximately 11 AM on November 5th, Union City Police Department responded to a robbery at Valley National Bank at 4405 Bergenline Avenue. Bank staff reported that a male approached a teller with a note demanding cash. No weapon was shown, but the male reported to have exited the bank with approximately $10,000 in cash.

The Union City Police Department Patrol Division and Detective Bureau immediately responded to the scene and, through coordinated efforts, were able to obtain still photographs of the suspect and camera footage of the license plate and vehicle involved in the robbery. Additionally, an intelligence database coordinated through the Hoboken Police Department provided the identity of the suspect within an hour of the robbery.

Detectives were ultimately able to ascertain that three individuals were involved in the robbery and arrests were made shortly thereafter. (By hudsontv)

Union City PBA Local 8 recognized this great effort by our patrol officers and Detectives, for going above and beyond the call of duty as well as apprehending the actors in less then 24 hours. Our PBA members making a difference every day! #PBALocal8 #njpba #cops #rolemodels #unioncityfirst #community #Chillwithacop I grew up in Union City, NJ Hudson TV