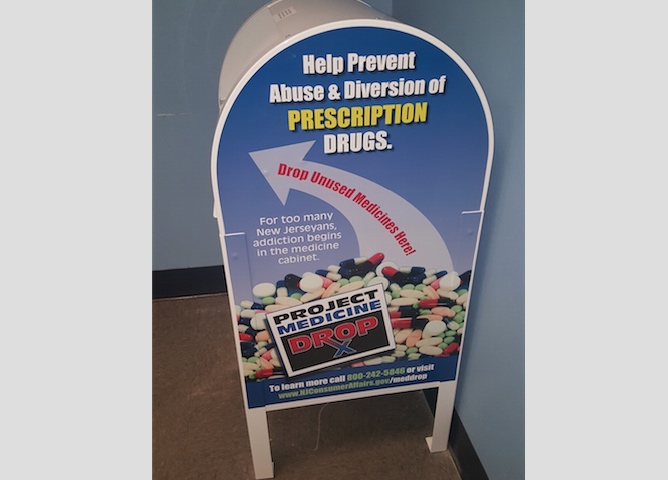 Today’s announcement makes it easier and more convenient than ever for Union City residents to take an active role in the fight against the nationwide epidemic of opiate and heroin abuse, which often is fueled by the abuse of prescription painkillers.

“Project Medicine Drop is an addition to our commitment to help improve the public safety and quality of life in Union City. It will encourage our residents to be fully aware of the potential for abuse presented by otherwise beneficial medications,” Police Chief Richard Molinari said.

The U. C. P.D.’s new Project Medicine Drop Box is located at 3715 Palisade Ave., on the 36th Street side of City Hall. Residents may visit the Union city.Police Department at any time, 24 hours a day, seven days a week, 365 days a year, to dispose of their unused or excess medications. The department also has a portable Project Medicine Drop Box that will be deployed during community meetings scheduled throughout the city.