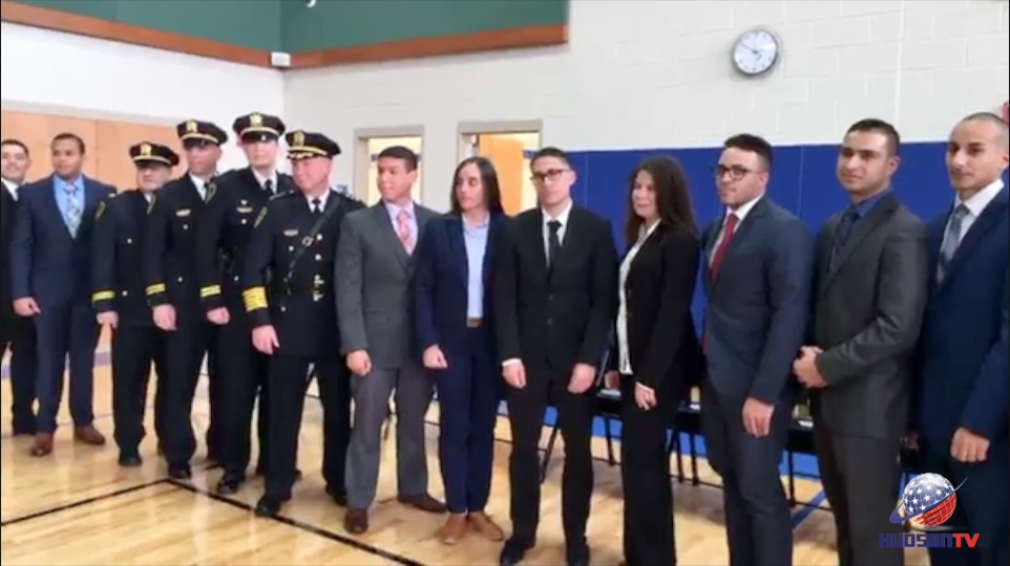 It was a proud day in Union City on Wednesday as officials swore in 10 new officers recently graduated from the police academy and another 10 recruits embarking on officer training.

“It’s empowering knowing that I wanted to do something of this nature to help my community and to have three females cadets with us as well for Class 120,” says Recruit Victoria Armas.

Chief Richard Molinari says if you look at the make up of the group of new officers, they are the community.

“This is men and women who were born and raised in Union City — graduated from our schools and now want to come back and serve the community. As a police chief I can’t ask for more than that,” the Chief says.

“It’s an amazing experience, an opportunity for all of us to be able to help the community,” Cortez says. “And we’re all happy to be here.”

Chief Richard Molinari says if you call the UCPD they’re going to come and try to solve your problems.

“In Union City we truly treat it as our number one priority,” Stack says. “There’s no other more important department to me than public safety.”

They spent eight, nine and sometimes even 10 hours a day at the Bergen County Police Academy.

“Which I think is the hardest police academy in the state,” Molinari says. “And now they’re part of the community — we work together.  So this is truly a great day for the residents and for the police department.”

Congratulations to all the new officers. 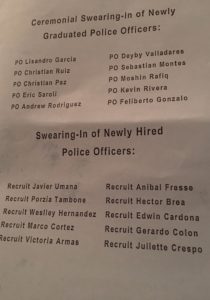