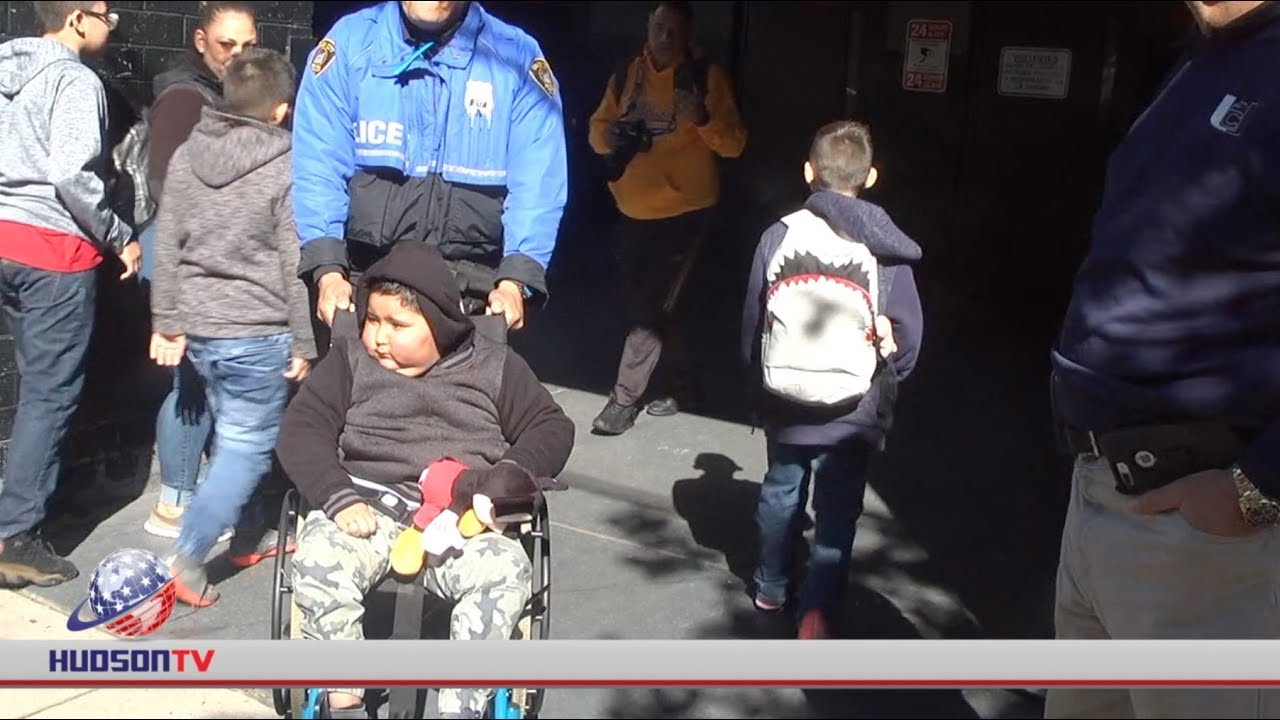 For one Union City family, ordinary things have become extraordinary since they began to battle cancer with their 6-year-boy old Franklin Miranda. Today, thanks to the help of police officers from North Hudson, the sheriff’s department and school officials, he celebrated his birthday at Union Hill Middle School just as any other child.

“We got wind of his birthday coming up and how much he loves the police and canine unit,” said David Tafur, Union City police officer. “I made a few phone calls and got representatives from our police department. We gave him a nice police escort from his house down to the school. We have a birthday cake and invited his friends.”

“He’s going to be a police officer for the day,” said Richard Molinari, Union City police chief. “We have a certificate to give him and some special presents in anticipation of his birthday on Sunday.”

Miranda’s diagnosis has been difficult for his family. Luckily, the Union City community has made sure to rally around them and offer assistance wherever possible.

It’s help that his mother Elisa Arqueta said she’s appreciated since her son was diagnosed with a brain tumor last November. She went on to say speaking in Spanish that his daily routine and mobility has changed since he’s been in a wheelchair.

German Fernandez, president of Copa Maribel Cancer Events Inc., told us that the family qualified to receive assistance from his non-profit organization.  Expenses including rent and utilities will be covered for several months.