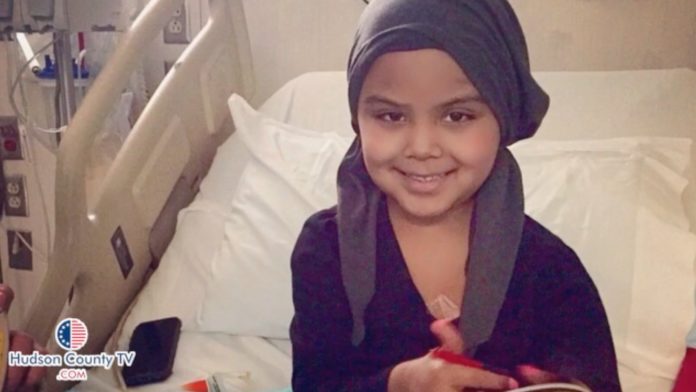 It’s been a rough year for five-year-old Isabella Perez, who has endured a lot in her young life after being diagnosed with acute lymphoblastic leukemia.

“It’s been very tough; ya know it’s something that you never think can happen to you,” says her mother Norma Perez, a teacher at George Washington Elementary School.

Especially when there’s no family history.

“And that’s something that I actually learned a lot since August when she was diagnosed,” Perez says.

She sat down with the oncologists and they told her it’s not genetic, anybody can get it.

“It doesn’t matter if nobody in your family has it,” Perez says.

This illness doesn’t affect children the same way as adults.

“You don’t know what side effects your child is going to get,” Perez says. “The first week of chemotherapy she did suffer a mild stroke (though luckily no permanent brain damage) and we were transferred over to Children’s Hospital of Philadelphia.”

Treatment is expected to last 2 ½ to three years.

“It’s usually between the ages of four and seven where they seem to pull through and be cancer-free for the rest of their lives,” Perez says. “So it’s looking pretty well so far.”

“They come in; they sing with her, they dance with her if she’s in the mood. They have a playroom, she goes in there and we try to keep it as normal as possible,” Perez says.

A teacher also works on the ABCs and colors with her.

“She’s only five-years-old so something she’d be doing in a kindergarten classroom, since she cannot attend school for the first year of treatment,” Perez says.

She is hoping to spread awareness, starting with social media.

“It’s just as important as any other disease out there and we’re talking about children, so it’s a little bit more delicate,” Perez says.

And she’s thankful so many people care.

“My family who’s been there, my friends, everybody at my job, Carlos Pina – so we’ve been pulling through,” Perez says.

When he heard Bella’s story, Pina wanted to make a difference.

“I grew up in Union City, I am a Union City Police Officer and I’m here to help in any capacity that I can,” Pina says.

When it came to arranging a fundraiser, town officials cleared the way as fast as can be.

“Spoke to Mayor Brian Stack on a Tuesday, I advised him what my intentions were,” Pina says. “On Thursday, I already had the facility so I thank him very much for that, along with the Board of Education — Ms. Silvia Abbato, Justin Mercado.”

If you want to help little Bella and her family, please visit her Go Fund Me page…

“If you don’t have money that’s fine, a nice message of support would be great – lift them up,” Pina says.

According to the detective, Isabella’s fundraiser will be at Union Hill High School sometime in February and his music company, Pina Productionz is in the process of organizing.