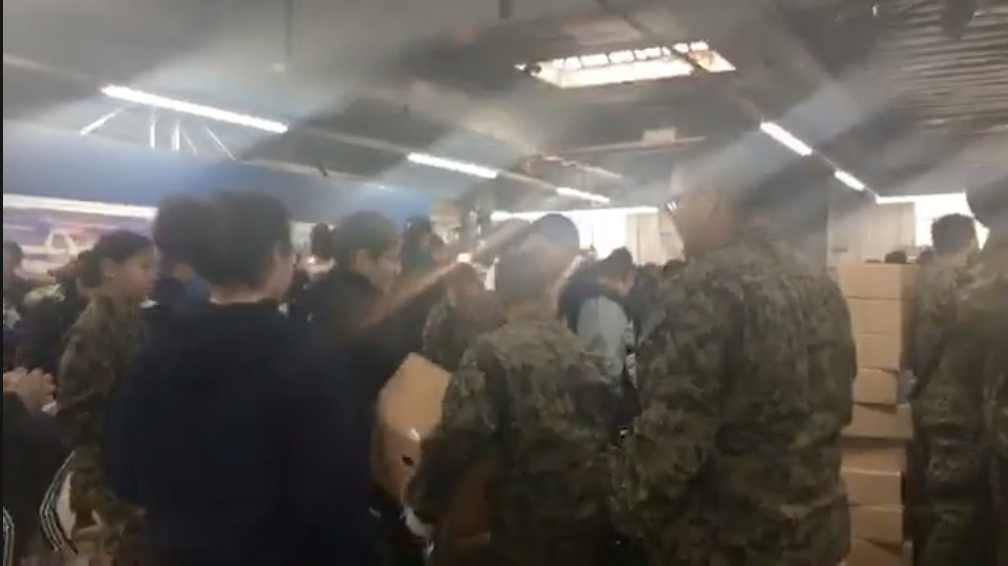 It’s been a Thanksgiving tradition since Mayor and State Sen. Brian Stack was about 13-years-old.

And Saturday morning, he did it again…

“We’re giving away 22,000 turkeys throughout Hudson County, the mayor told me. “Anyone who calls for a turkey — we do our best to deliver.”

Hundreds of volunteers braved the cold to convene at 2200 Kerrigan Avenue and package and distribute the turkeys this past weekend.

According to Stack, this is something he started back when he was 13 or 14-years-old giving out chickens and now it’s grown to thousands of turkeys.

He tries to do a little more every year.

“Back in the day my father would lend me money to buy small chickens; we couldn’t afford the turkeys,” Stack says.

Look at where the mayor is now, having the opportunity to help so many needy people in Union City and beyond.

This event really kicks off the holiday season and it’s made possible through his civic association.

Stack expressed his gratitude to all the Union City residents and his district for their efforts in making the drive such a success.