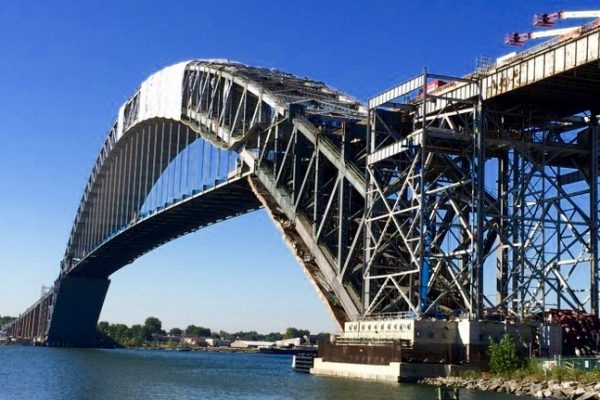 The Bayonne Bridge reopened in the early morning hours today.

A previous alert tweeted by the Port Authority of New York and New Jersey on Sunday about the bridge being temporarily closed in both directions due to police activity is no longer in effect.

According to Mayor Jimmy Davis, steel from the old version of the bridge is being demolished between 2nd Street and 1st Street. By the end of July, demolition is expected to be completed to 1st Street.

Drill shaft and sheet pile work is in progress between 4th Street and Juliette Street.  That work is expected to be completed by the end of December 2017.

Some local street closings are in effect for safety reasons during construction and demolition.

Alonso and Franco Aim to Help with Tax Relief In Bayonne

Another Bayonne resident has died from Coronavirus