A North Bergen mom’s prayers have been answered.

Nancy Gonzalez’s son Diego was missing since Wednesday afternoon, but was found at 2:30 am in Braddock Park, thanks to some great detective work by the North Bergen Police Department. 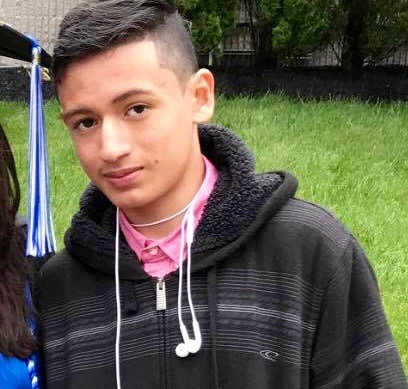 “The NBPD did a wonderful job,” Gonzalez says. “They actually took the initiative to come to my house and my brother’s house to check every corner, in case he was hiding.”

Then Gonzalez says they got a clue that the 14-year-old was seen at CVS on 80th Street. So officers looked there and were told the teen ran into the park.

When he was last seen, Diego was wearing his North Bergen High School black shirt and black pants.

The family found his cell phone in the bushes behind North Bergen Preschool.

When Hudson TV reached out to North Bergen Police for more information, we were told the Hudson County Sheriff’s Department was handling the matter.

“The Sheriff’s Department didn’t even know we found him until after we finished with the NBPD,” Gonzalez says.

“The lead investigator called to ask if we had any leads and that’s when I told her we already found him.”