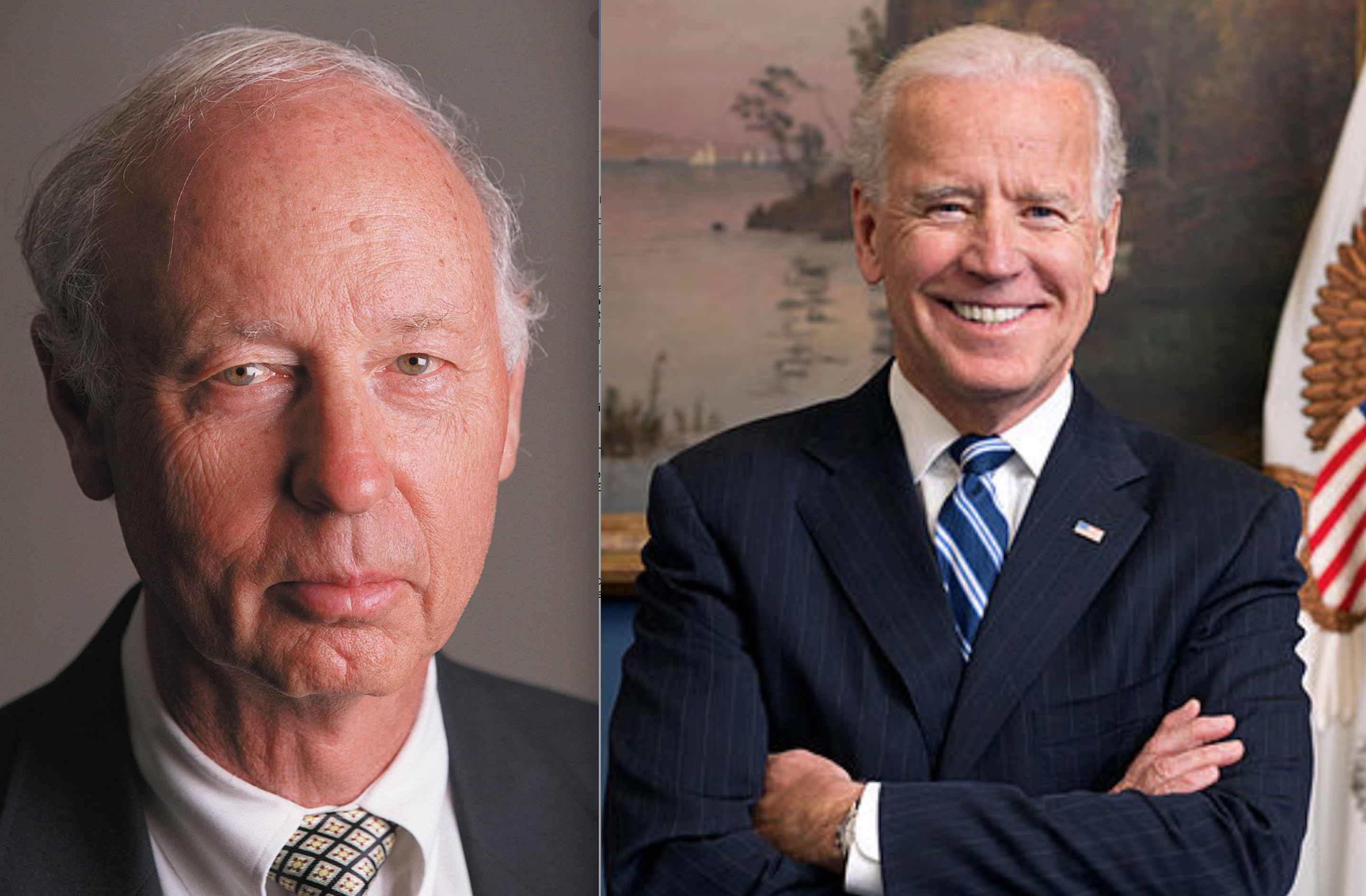 If you want to know about Presidential candidate Joe Biden all you need to do is read any of the works by renowned journalist, author and political columnist Jules Witcover — who knows more about the former Vice President than probably anyone else.

That’s because Witcover, according to the Washington Post has written or co-written 19 books and three times a week still writes a syndicated column for the Chicago Tribune Company — truly understands Biden since the two men share a lot in common.

From their non-privileged backgrounds (the legendary newsman refers to Biden as ‘Mr. Middle Class’), the Post says — to their current roles in their chosen professions. Both have continued to work long past society’s ‘acceptable’ age of retirement.

If you have been following Biden’s career, you might need a tour guide (or affectionately called ‘Bidenologist’) to provide the context.

At 92,  Witcover has covered Biden the longest and his updated 2010 biography: “Joe Biden: A Life of Trial and Redemption” certainly reflects that.

The legendary newsman started working for the Hackensack Star-Telegram in 1949 and the Newark Star-Ledger, Providence Journal and Syracuse Herald-Journal before taking a position with the Washington bureau of Newhouse Newspapers circa 1954.

It was there that he covered every significant congressional, gubernatorial and presidential campaign up until 1968. He traveled on official State Department visits, especially Europe in 1956 and 1958, covering the Hungarian Revolution and World War II refugee camps in Italy and Austria, as a Pentagon reporter.

According to the Post, there are multiple reasons Biden was sparked to put his hat in the ring for president a third time.

“He really recognized when there was this competition between the so-called progressives and old liberals, that situation was to his advantage because he had a foot in both camps,” Witcover told the Post.

The VP certainly feels our best days lie ahead and his vision for America is one where everyone succeeds.

And Witcover is comfortable in the role of presidential scribe, having famously covered Robert F. Kennedy’s presidential nomination when the senator was assassinated on June 5, 1968.

The legendary newsman was just steps away when he heard multiple “firecracker-like” pops before seeing Kennedy struck down as a lone gunman was accosted by security personnel, according to The Briscoe Center for American History at the University of Texas.

He offers an old-fashioned, center-left liberalism as a columnist, and Witcover cherishes bipartisanship at a time when bipartisanship is often a dirty word for younger progressives, says the Washington Post .

The Post says as a biographer, Witcover takes a judgment-free, straight-ahead approach in contrast to much of today’s click-driven, hot-take-infused political writing.

Witcover (and his friends) embrace his old school stance.

“He’s the last of the mastodons!” the Atlantic’s Ron Brownstein told the Post, while highly praising Witcover’s work ethic and reportorial style.

The legendary newsman hails from Union City, where his father owned and operated a one-man gas station.

Witcover attended college and grad school at Columbia University and eventually landed in  Washington for the Newhouse newspaper chain.

By the time he appeared in Timothy Crouse’s 1972 book on campaign journalism, “The Boys on the Bus,” Crouse says he had gone from someone the Washington press ‘tended to slight’ — because ‘he came from a lower-middle-class background’ — to ‘among the most respected reporters in town,’ the Post says.

“I think at a time when mainstream political journalism was at its peak, there was no better practitioner than Jules Witcover, and there’s a whole body of work that few if any can ever equal,” Al Hunt, Bloomberg columnist and former Wall Street Journal correspondent, told the Post.

And when it comes to how Biden’s people feel about the legendary newsman, it’s mutual.

“During the last 50 years, no one had been a more consistent source of excellent commentary on the political scene in the United States than Jules Witcover,” Ted Kaufman, Biden’s chief of staff told the Post through a spokesperson.

Witcover actually seems slightly embarrassed at the comparison to the former VP and says that hasn’t happened before.

“I don’t feel that I have any particular kinship with Joe Biden, although it is true we both come from working-class backgrounds,” he tells the Post. “But I appreciate his candor and decency. And I think in this election particularly, the matter of common decency is important.”

With Biden leading in most polls, how does the legendary newsman assess the former VP in the first two debates.

“I think he did okay, but didn’t do great,” Witcover tells the Post, adding that he doesn’t want to come across as a “booster” for Biden.

The legendary newsman doesn’t favor an individual Democratic primary candidate but sees the former VP putting himself in the 2020 running as a positive step.

“If Joe Biden as a strong voice in the Democratic conversation can somehow contribute to what should be a bipartisan effort to return normality back to American politics, his decision to run will have been the right one, whether he wins the presidency or not,” Whitcover says in an April column according to the Washington Post.

With the legendary newsman in his ninth decade, Witcover hasn’t even been remotely slowed down by age and still takes that blank canvas and fills it with striking passages about the former VP.