He broke into her apartment and sexually assaulted her, but justice was quickly served. 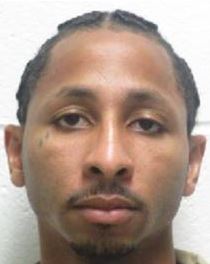 On Friday, detectives from the Hudson County Prosecutor’s Office — Special Victims Unit arrested Marquis Gilchrist, of Jersey City for his role in the rape.

Gilchrist attacked the victim inside a McGinley Square apartment on Fairmount Avenue on August 13.

That’s when Jersey City Police officers and detectives from the SVU responded to a report of a home invasion and sexual assault.

A 22-year-old victim reported that she was sexually assaulted at knifepoint by an unknown male who broke into her apartment.

Prosecutor Suarez credited the SVU for the investigation and subsequent arrest.

Gilchrist made his first appearance on the charges in Criminal Justice Reform Court in Jersey City on Saturday, where the Prosecutor’s Office moved for pretrial detention of the defendant.

A detention hearing has been scheduled for tomorrow.

Gilchrist, who was already on parole, was also arrested on August 23 by Parole Board Officers for violating his parole and was subsequently charged with possession of a controlled dangerous substance.