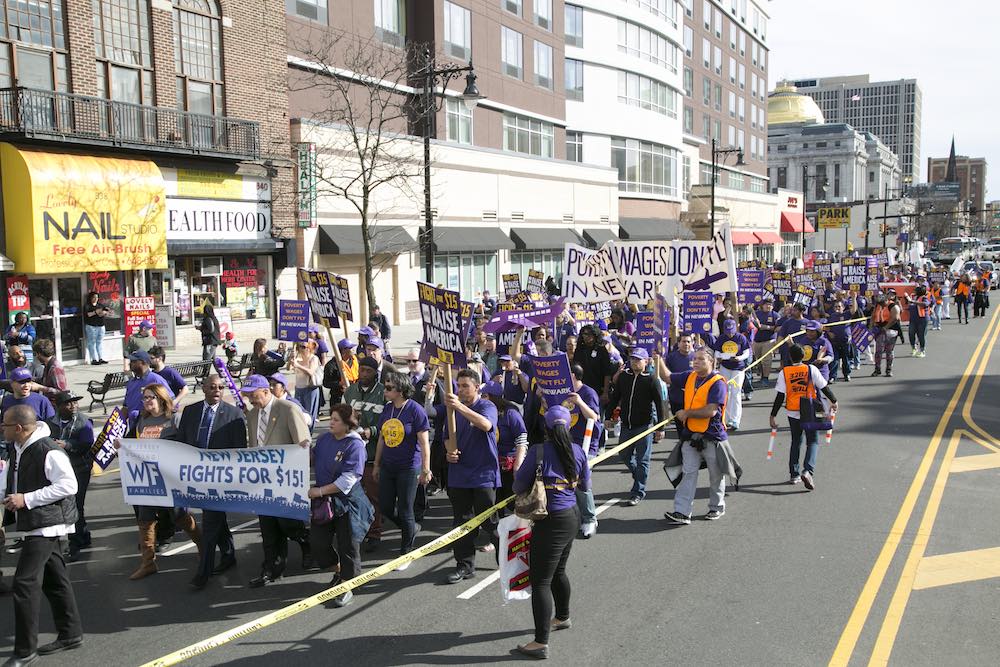 In New York City they don’t have a $15 minimum wage in effect yet. The store managers are already acting as if they do. Ask anyone who works as a store clerk and they say:

• My boss is a lot nastier;

• If I get sick I’m told I will lose my shifts. I’m afraid I will get fired

• They threatened to replace me with machines

• They threatened to hire illegals

• They asked me to work off the books

Is this a worse threat?

• My boss said he could get three younger, hotter girls to be (unpaid) interns. (Message received.)

This is the worst:

• He told me they’re “increasing my compensation” but my job is now commission based.

The store managers and owners don’t care about how hard it is for young workers who don’t necessarily have families to raise. The young ones are in their twenties in college, maybe grad students in their thirties. Not too many teenagers. Trying to pay tuition or pay off old school debt isn’t the same as having a few kids.

It’s worse. When you have kids, you get benefits. There’s the earned income credit, food stamps and rent subsidies. Students and young workers end up living four in a two bedroom, eating Ramen noodles.

A lot of bosses are jerks. However, making them pay workers more is just going to make them bigger jerks.

It’s also going to make some of the workers getting $15 an hour with no skills, no degree, bigger jerks.

They’re already laughing at us (those of us with degrees) because they were lazy, maybe they got arrested, and they look at us and they say, they have an easier time than us after we spend years more in school. These people are cretins, gangbangers, covered in tattoos and that teardrop under their eye, and they smirk at us as if to say, “Losers!” (There’s a worse term in Spanish: it’s “Pendejos.”)

They’re right! We stayed clean, didn’t get knocked up, spent years more in school and now we’re supposed to make just a few dollars more than some fry cook?

So we will resent any raise in the minimum wage. We get treated harshly at work and now we have to take attitude from these people with no skills? It’s already happening. Customer service has gotten bad. It’s like everyone in the private sector thinks they work at the DMV.

These losers don’t deserve $15 and I don’t want to reward these jerks for screwing up everything and then having US pay for them.

The jerks (the “bros”)  are already coming over to New Jersey. We are fresh meat for them. If New Jersey goes to a $15 minimum wage we will have more jerks over here.

So raising the minimum wage to $15 will help some people get votes. Those people already get plenty of money, with their families on this public job or that. Chris Christie doesn’t see that there are two New Jerseys. One is working several gigs (gigs, because they aren’t jobs and they aren’t careers), and the second is just getting fat off the state. One doesn’t have pensions or good health care, but pays for the pensions and the healthcare of the other. Getting welfare or getting a “state paycheck” doesn’t look any different to us.

If we’re going to have to share apartments and deal with jerks in Jersey, why put up with the hour long commute (one way) on these dirty buses or on the PATH? (And what’s up with that? How do you have delays on a two track system?)

Better to move back to New York.