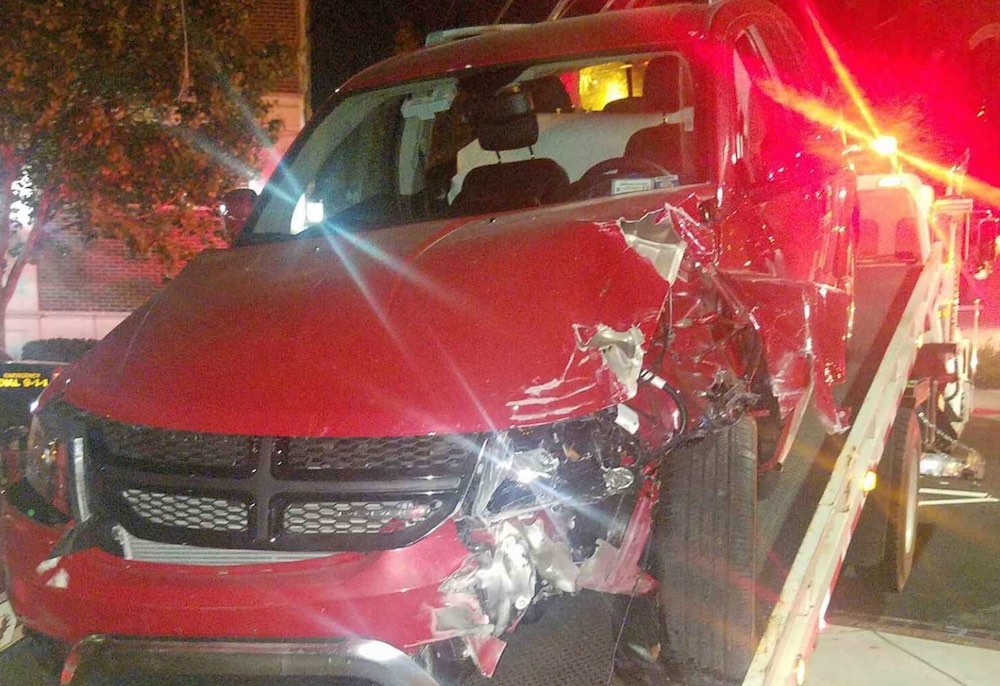 At about 1: 00 a.m. on 9/12/2016 the suspect was reportedly driving a 2016 red Dodge and was involved in an accident near the entrance of the Holland Tunnel in Manhattan.

The suspect ignored the officer and drove off into the tunnel. The suspect was stopped after exiting the Holland Tunnel in Jersey City at Marin Blvd and 14 Street. A PAPD officer approached the suspect’s car, advised him of the reported accident and asked the suspect to pull over.

The suspect drove off at a high rate of speed. About 5 minutes later PAPD learned that the suspect had been involved in a crash in Hoboken where he had mounted the side walk and crashed into a store front at 800 Madison Avenue.

Port Authority police arrived at the accident scene and arrested the suspect without incident.