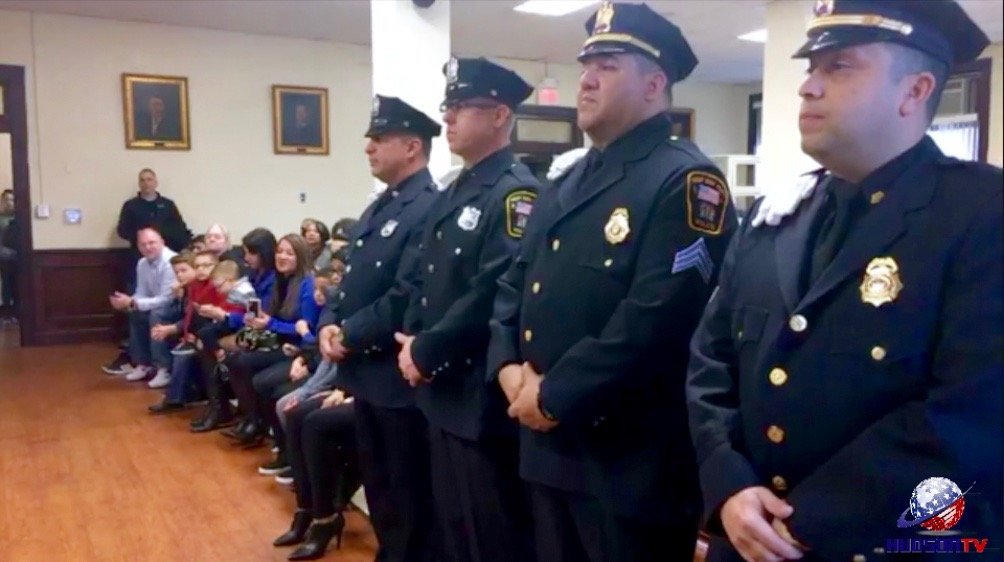 They made it through!  Four new West New Police Officers moved up the ranks and were honored with a promotion ceremony in Town Hall on Friday afternoon.

“They’re out there constantly trying to make our town safer,” says Dr. Felix Roque, the town’s mayor. “What a better way to say thank you than to give them the title, the promotion.”

And thank you to the amazing family members in attendance, who sacrifice on a daily basis.

These four guys put in major time, energy and work — and their fellow officers know just what it’s like since they’ve all gone through this at one time.

They’re getting a hands-on experience from the ground up.

According to Roque, West New York has one of the lowest crime rates in the nation and their police force has made it possible.