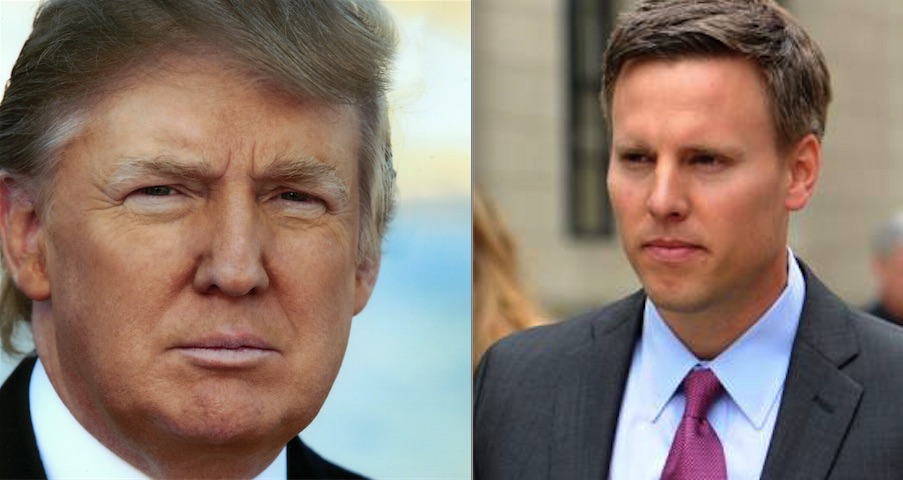 This is the latest sign that Trump is writing off New Jersey, at least politically. It is the proverbial one finger salute to commuters. Never mind the rest of the unserious insults to the intelligence of Americans which come from the mouths and fingers of Trump himself and his cast of supporting character actors.

In fact, it is the latest sign that Trump is not running a serious campaign at all. Instead, he appears to be laying the groundwork for a new media enterprise to cater to — and exploit — the permanent political outcast class that will be left in the wake of this year’s destruction of the Republican Party.

If Bill Stepien’s name sounds familiar, it ought to. He was the chief of staff to Governor Chris Christie in 2013 when Stepien’s deputy, Bridget Kelly, helped plan the infamous George Washington Bridge access lane closures in the criminal case known as Bridgegate.  Kelly was indicted last year for her role, and goes on trial next month. Christie fired Stepien in December 2013 when Bridgegate broke, but now Christie is heading Trump’s transition team. It seems ethical problems and even criminal investigations don’t bother the one-time U.S. Attorney who used to investigate and indict elected officials and candidates for infractions as tiny (and admittedly, absolutely stupid) as accepting little dogs and bottles of Grand Marnier as gifts.

Now, the Bridgegate criminal trial of Stepien’s deputy starts soon. That doesn’t mean Stepien — or Christie, for that matter — is in the clear. A federal appeals court in Philadelphia is still considering whether to allow release of prosecutors’ list of unindicted co-conspirators in Bridgegate. The appeal was brought by the lawyer for one John Doe.

Is the Trump campaign gig hush money? (That would be so Jersey.)

Time will tell, but our answers — and your outrage — shouldn’t go away anytime soon.