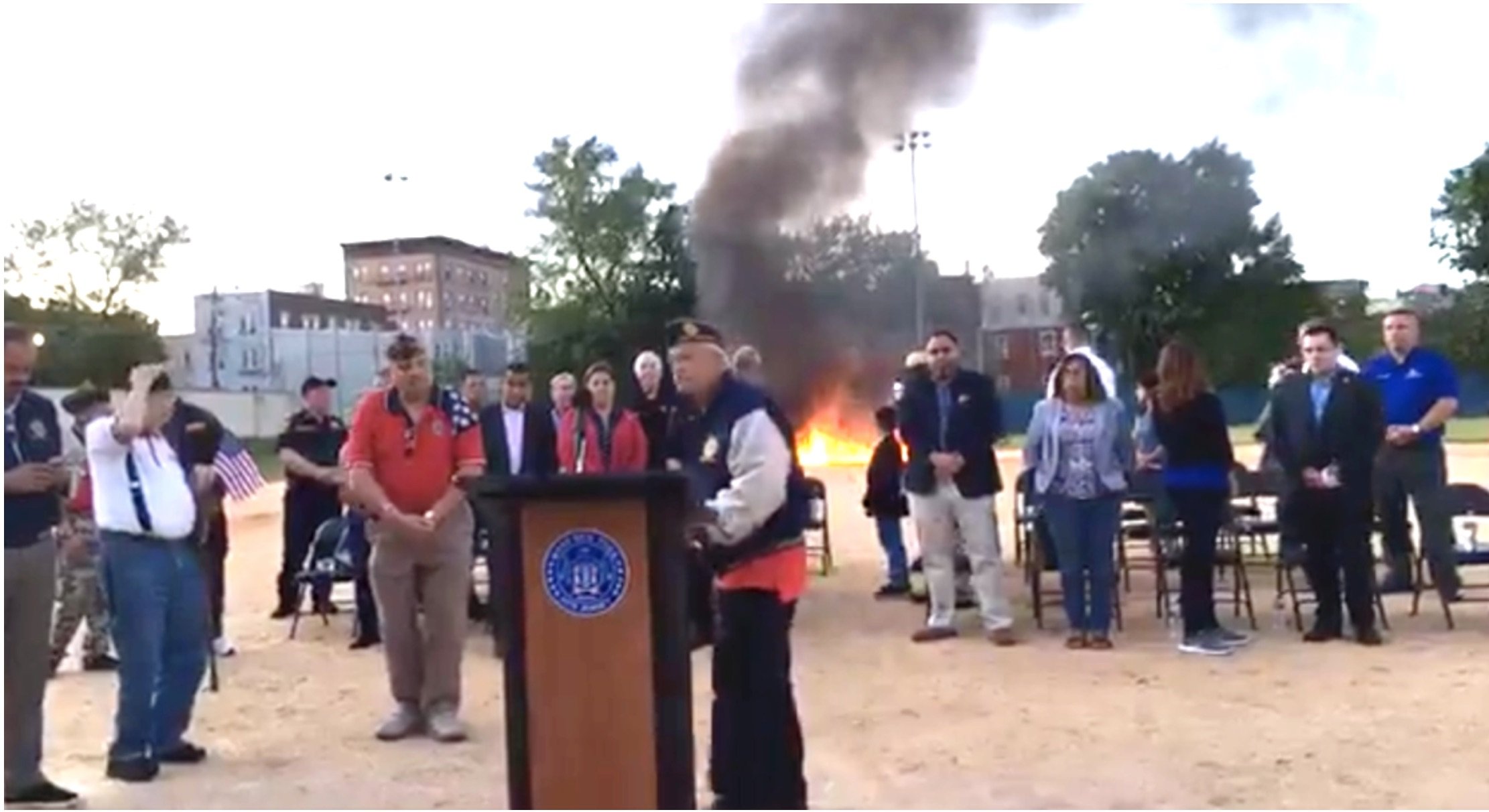 Traditions are a big part of community-building and the 78th annual Flag Day Parade held Fri, June 14th, carried out this Hudson tradition with community patriotism, and honor for retired American Flags.

As the sun began to set and balmy breezes began to blow, North Bergen High School drummers could be heard pounding out a beat on Bergenline Avenue & 85th Street in North Bergen. This was in anticipation of the 7 pm kick off of the 78th annual Flag Day Parade that travelled down Bergenline Avenue through North Bergen, Guttenberg, and West New York, where locals gathered for the Flag Day ceremony and retired flags were officially burned.

Memorial High School’s Marching Band also took its place in the line of march along with children from the North Bergen Recreation Department, Twirlers and Color Guard.

The Line of March included Boy Scout Troop #160 of North Bergen, and the VFW Post #809 Marching Band from Little Ferry. Police officers from all three townships joined the parade, as did superhero costumed-characters Batman and Superman.

Senator Mayor Nicholas J. Sacco of North Bergen, Assemblywoman Angelica M. Jimenez and Assemblyman Pedro Mejia were at the Flag Day celebration. Newly-elected West New York Mayor Gabriel Rodriguez, Commissioners Margarita Guzman, Cosmo Cirillo, and Yoleisy Yanez, were there, as well as Mayor Wayne D. Zitt, Jr. who was the Master of Ceremonies during the retiring of the flags held in Miller Stadium.

“Our Flag Day Celebration started right after World War II,” Senator Mayor Sacco said of the annual parade and ceremony. “There was a lot of patriotism back then. Now it’s not as large, but it’s still patriotic.”

Special Guest Lance Corporal Steven Ramirez of the U.S. Marines who hails from West New York made a special presentation of an American Flag he was giving to the Town of West New York. When he went up to the podium to speak, he spoke of being a regular kid growing up in West New York who liked to run around town wearing WNY gear.

“I take pride in being from West New York,” Lance Corporal Ramirez said. “West New York has taught me that life in the service of your people is a life worth living.”