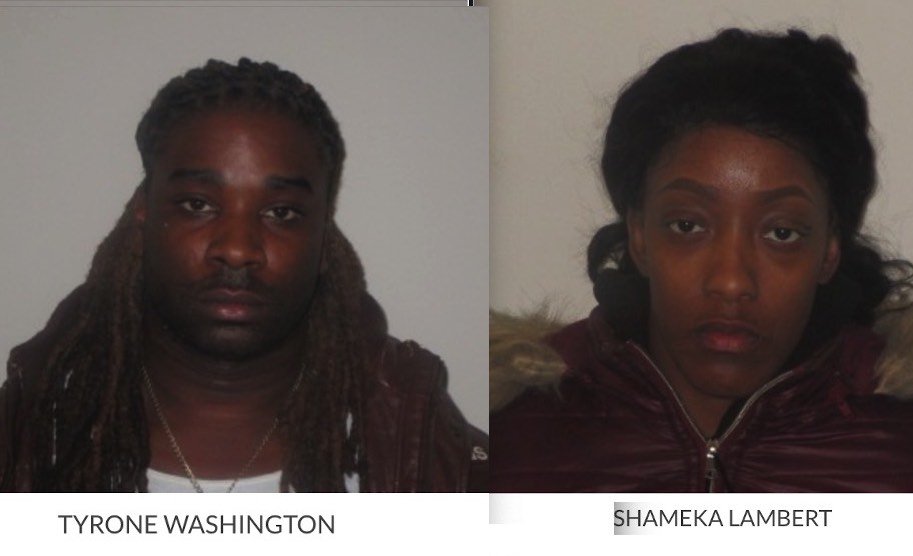 On Saturday, November 24, 2018, the Edgewater Police Department received a report that an adult female was being forced to engage in prostitution by TYRONE WASHINGTON. An investigation by the Bergen County Prosecutor’s Office Special Victims Unit and Special Investigations Squad and the Edgewater Police Department revealed that the adult female victim had been held against her will in Edgewater by WASHINGTON for approximately 12 days during which time she was forced to engage in prostitution. The investigation also revealed that during this time, a minor child was living with WASHINGTON and LAMBERT in the residence where the victim was being held.

As a result of the investigation, Tyrone WASHINGTON and Shameka LAMBERT were arrested on Saturday, November 24, 2018 in Edgewater, NJ and each charged with one count of Human Trafficking, in violation of N.J.S.A. 2C:13-8A(1)(a), a 1st degree crime, and one count of Endangering The Welfare Of A Child, in violation of N.J.S.A. 2C:24-4A, a 2nd degree crime. WASHINGTON and LAMBERT were remanded to the Bergen County Jail in Hackensack, NJ pending a detention hearing scheduled for Wednesday, November 28, 2018 at 9:00 a.m. 2 of 2

Acting Prosecutor Calo states that the charges are merely accusations and that the defendants are presumed innocent unless and until proven guilty beyond a reasonable doubt, and would also like to thank the Edgewater Police Department for its assistance in this investigation.