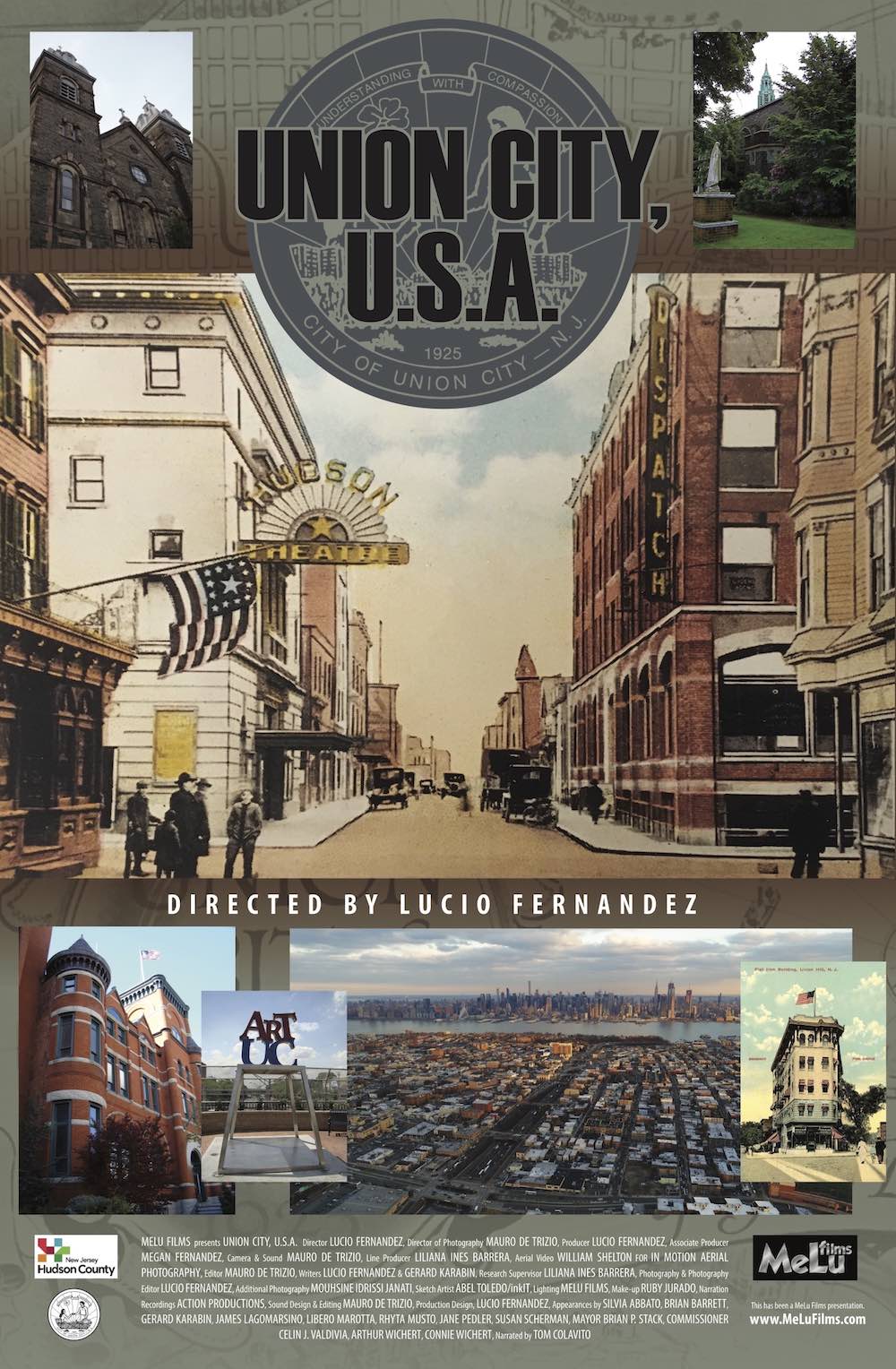 The film takes us from the early days of the Lenni-Lenape Native Americans to present day Union City.  Through testimonials, historical photos, and present day images, it tells the story of a great city known for many its important accomplishments and people.  Union City has been known as the “Embroidery Capital of the World”, “The Burlesque Capital of the World”, “Havana on the Hudson”, for the home of  “longest running Passion Play in the United States”, and for being the most densely populated City in America.  The City is rich in history and culture.

Research began in 2008 by Lucio Fernandez and Gerard Karabin in preparation for their book “Union City in Pictures” which debuted in 2010.  In early 2016, Fernandez set out to produce the film “Union City, U.S.A.”.  In early 2017, Fernandez and Karabin set up a research team, and in May of 2017 all the interviews were conducted.  It took nearly a year and literally thousands of hours of post-production work to bring  “Union City, U.S.A.” to fruition.  The film is dedicated to the people of Union City, NJ… past, present, and future.