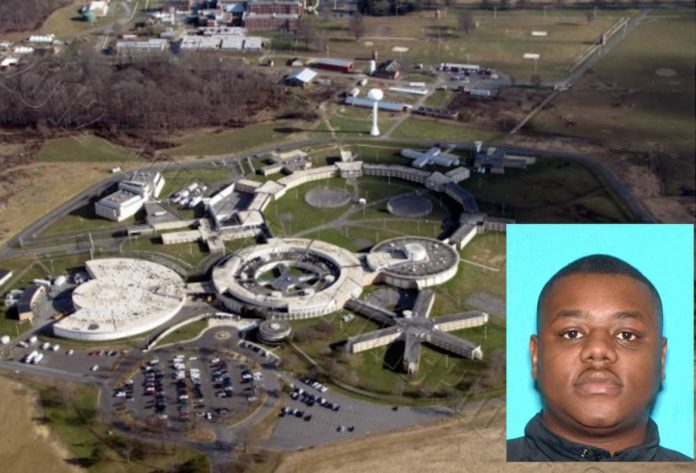 A senior correction officer at the Garden State Youth Correctional Facility in Yardville, N.J has been indicted on charges of smuggling marijuana and tobacco to the correctional facility inmates in exchange for money.

Attorney General Christopher S. Porrino made the announcement after an investigation alleged that Jacquae Hollingshead, 24, of Southhampton N.J., smuggled the contraband numerous times while receiving payment from outside friends and relatives of the inmates. Hollingshead has been indicted on charges of conspiracy, official misconduct and bribery in official matters, all second-degree charges, as well as third-degree charges of distribution of marijuana and money laundering by a state grand jury Tuesday. As a result of the allegations, the indictee has been suspended from his position. The contraband was allegedly trafficked into the hands of the inmates with the use of a cellphone used to arrange the deals. Attorney General Porrino stated, “By smuggling contraband to inmates, corrupt correction officers compound the challenges faced by their fellow officers in maintaining security in our state correctional facilities, we allege that Hollingshead betrayed his badge and compromised safety by smuggling contraband, including drugs, into a youth correctional facility.”

Director Elie Honig of the Division of Criminal Justice commended the investigators who were able to uncover the smuggling scheme, “We intend to aggressively prosecute this defendant to send a clear message that we won’t stand for crooked correction officers who undermine security in our prisons.”

Gary M. Lanigan of the New Jersey Department of Corrections thanked all who collaborated on the investigation. Lanigan warned, “The overwhelming majority of New Jersey Department of Corrections staff is hard-working and honest.  However, a corrupt employee can undermine the integrity of the entire criminal justice system.  Every member of our staff knows that if he or she acts in an unlawful manner, then he or she should not be working for the NJDOC and is subject to the legal ramifications of that behavior.”

Second-degree charges carry a sentence of five to 10 years in state prison and a fine of up to $150,000.

The charges are merely accusations and the defendant is presumed innocent until proven guilty.