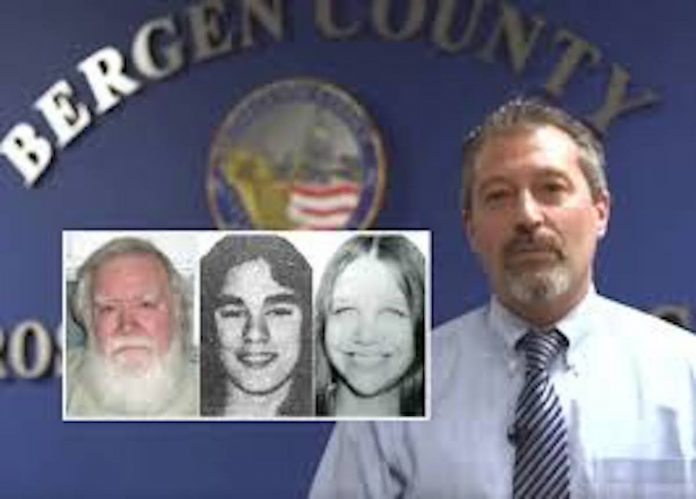 In the afternoon of August 9, 1974, Pryor and Kelly, both of North Bergen, NJ, left their homes and were last seen walking together on Broad Avenue in Ridgefield, NJ. They had told several people they were attempting to get to a Paramus shopping mall. Witnesses told police at the time that the two were hitchhiking and got into a vehicle driven by an unknown white male. After failing to return home that night, the girls were reported missing to the North Bergen Police Department. Five days later, on August 14, the bodies of the two missing girls were located in a wooded area of Montvale, NJ.

As a result of an investigation conducted by the Bergen County Prosecutor’s Office Cold Case Unit, on Tuesday, April 27, 2021, RICHARD COTTINGHAM was charged by Accusation with two counts of Murder, in violation of N.J.S.A. 2A:113-1 and N.J.S.A. 2A:113-2. He waived his right to prosecution by indictment and agreed to plead guilty to the charges as set forth in the Accusation. On April 27, COTTINGHAM appeared in Bergen County Superior Court and admitted to kidnapping and raping Pryor and Kelly, and to their willful, deliberate, and premeditated murders between August 9 and August 14, 1974.

Prosecutor Musella said, “This is a somber day as we revisit the horrific acts and terror this man brought upon Bergen County nearly 50 years ago. It is my fervent hope that this arrest and conviction bring some semblance of closure to the friends and family of Mary Ann and Lorraine and a measure of justice to members of our communities, who have long feared this unknown actor.”