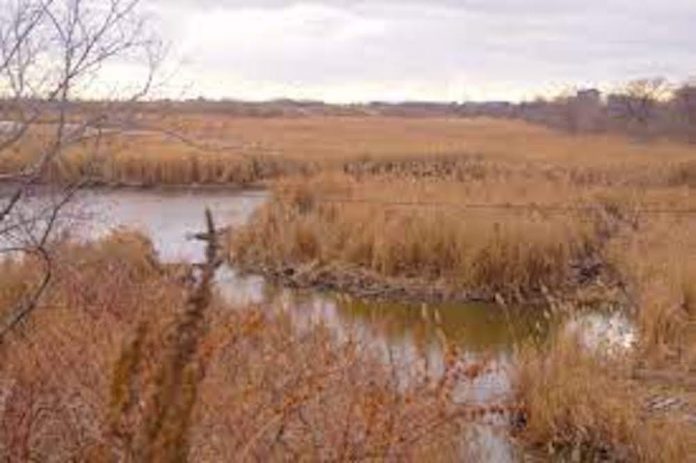 According to Lieutenant Bronson, the Sergeant made an attempt to conduct a motor vehicle stop, but the vehicle fled west on Secaucus Road into Secaucus.  The Sergeant determined he would not pursue the vehicle when he observed the vehicle driving at a high rate of speed heading towards the 15X New Jersey Turnpike entrance ramp in Secaucus.  Moments later the vehicle was observed losing control and striking the side wall of a concrete wall.

The vehicle came to a stop.  An occupant in the van fled into the marsh area.  The Sergeant drove in the direction of the vehicle and exited his patrol car to check on the driver’s condition.  The driver had fled on foot.  A passenger was observed in the van and was apprehended.  The passenger is identified as 26-year old, Christopher Gonzalez of Franklin, New Jersey.

It was determined that the driver had hopped over the wall into a swamp area.  With the assistance of the Secaucus Police Department, NJ Transit Police Department, NJ State Police, and the Hudson County Sheriff’s Department, a perimeter was established.  While units attempted to search the swamp area for the suspect, North Hudson Regional Fire and Rescue Department was requested to the scene to assist with lighting.

The North Bergen Police utilized the Agency’s Unmanned Arial System (UAS) to locate the suspect who was entrenched in the high marsh area of the meadowlands.  With the guidance of the UAS, the officers on scene were able to enter the marsh area and locate the suspect hiding in the marsh.  The North Hudson Regional Fire Department assisted with lighting, ladders, and safety harnesses to safely conduct the joint operation to safely apprehend the suspect.

The driver was subsequently transported to Jersey City Medical Center for evaluation because he was complaining of pain.  His identity has not been confirmed, as pending live scan prints were being analyzed.  Criminal charges are pending.

The passenger, Christopher Gonzalez, was transported to the Hudson County Jail.  He is charged with receiving stolen property, resisting arrest and eluding, plus being in possession of burglary tools.