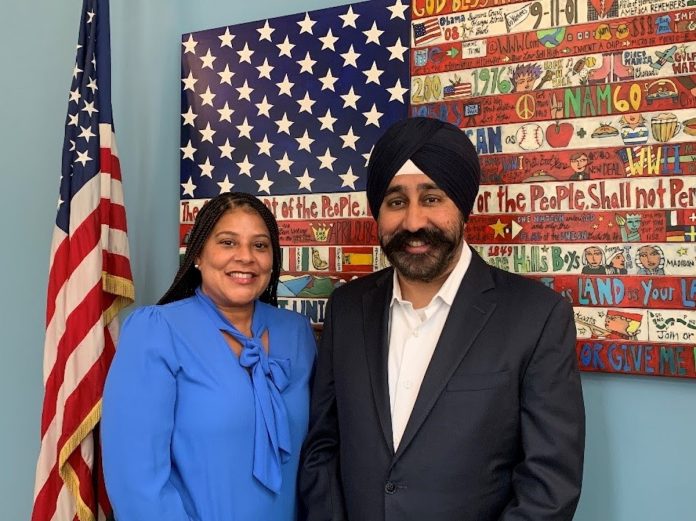 Hoboken, N.J. – On August 5th, Hoboken Mayor Ravi Bhalla publicly announced his offer of future employment for a newly created role to a sitting Hoboken City Councilwoman who was potentially opposing his slate in the upcoming general election.  The new position being offered would commence after both the mayor’s and the councilwoman’s first terms end on December 31st, 2021.  According to Hoboken Councilwomen Jen Giattino (Council Vice President) and Tiffanie Fisher, this violates multiple New Jersey ethics, civil service and criminal codes and they have requested in writing to the Office of Attorney General and the Local Finance Board to investigate the actions of the Hoboken mayor including violations of the following codes:

“Predatory and unethical politics has been the hallmark of Mayor Bhalla.” says Councilwoman Fisher.  “Unfortunately, a respected Hoboken councilwoman who has been an important voice and advocate for affordable housing and those who are most in need in our community, was on the receiving end this time.”

“It is Hoboken residents who are hurt the most by this.” says Council Vice President Giattino.  “Housing affordability in Hoboken is a major problem, but instead of actually addressing this, Mayor Bhalla has put this at risk by putting his own political interests above Hoboken’s.”

“Abusing the resources of public office is illegal and antithetical to the principles of good government, democracy and public trust and the reason we have laws against these practices.” say the Councilwomen. “We hope the Attorney General and the DCA use every resource available to their offices to investigate these troubling actions by Mayor Bhalla.”