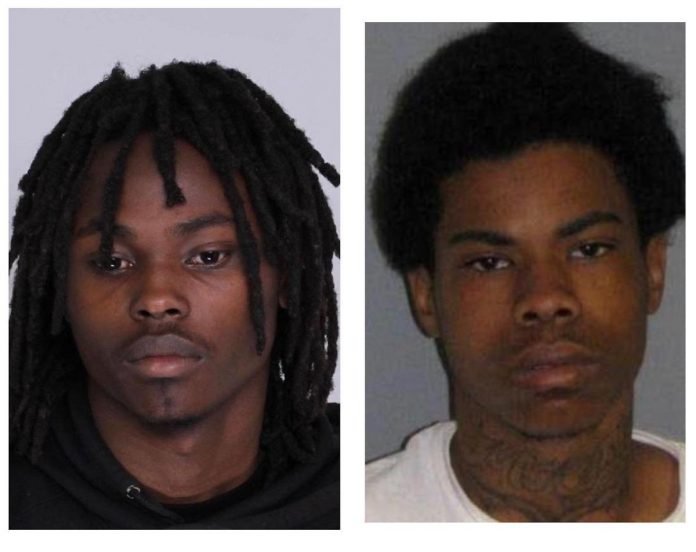 Both men pleaded guilty to first-degree aggravated manslaughter, with Robinson’s plea having the charge treated as second degree at sentencing. The sentences for both Williams and Robinson are subject to the No Early Release Act which requires that they will have to serve 85 percent of their sentences before becoming eligible for parole.

On Wednesday, May 2, 2018, at approximately 9:50 p.m., the Jersey City Police Department received a report of a male shot on Merseles Court in Jersey City. Responding Police Officers found a male victim inside a residence at 21 Merseles Court.

The victim was later identified as McCord, age 19, of Jersey City. He was found in a lifeless condition with an apparent gunshot wound to his torso. McCord was pronounced dead at the scene at approximately 10:00 p.m. The Regional Medical Examiner’s Office determined the Cause of Death to be a gunshot wound to the chest and the Manner of Death to be Homicide.

Responding Police Officers also found a female victim outside of a residence in the area of 17 Merseles Court. The 21-year-old female victim had an apparent gunshot wound to one of her extremities. The victim was transported by Emergency Medical Services to Jersey City Medical Center where she was treated for non-life threatening injuries.

The State was represented in this case by Assistant Prosecutor Leonardo Rinaldi of the Hudson County Prosecutor’s Office Homicide Unit.

UPDATED: The Kearny Police Department reports that identity of the man pulled from the Passaic River on Wednesday morning is being withheld until notification of next of kin. The cause and manner of death do not appear to be suspicious. The Northern Regional Medical Examiner is conducting an investigation.
Body pulled from Passaic River in Kearny this morning. Details to follow. ... See MoreSee Less