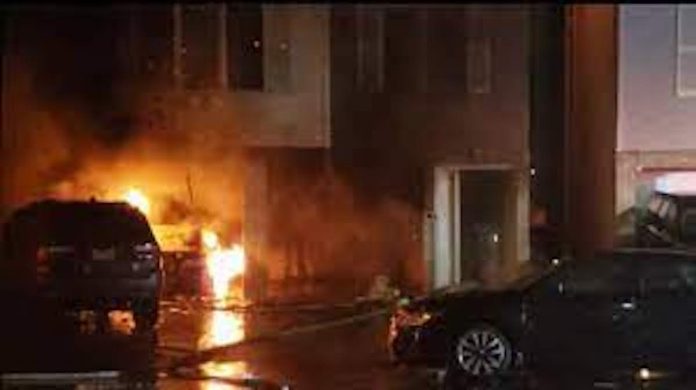 A massive explosion during a 4-alarm fire early this morning tore through a row of homes on Terrace Avenue in Jersey City leaving two dozen residents either displaced or homeless.

According to NBC News, at least two people were rescued from the inferno before the flames caused a car to explode.  The fire, which remains under investigation, needed at least 100 firefighters to contain.

The fire, which was called in around 1:30 a.m., completely destroyed two homes.  Another was damaged.