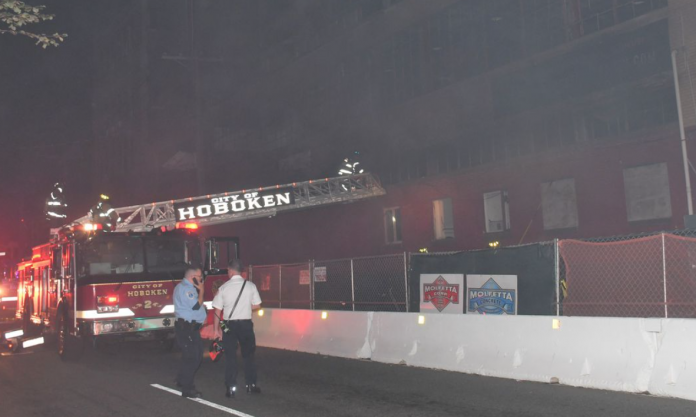 Located at 38 Jackson Street, firefighters responded to the building at 9:52 on Monday night.  When they arrived, smoke was coming out of the structure.

The main body of the fire was knocked down by 10:30 last night according to Fire Chief Peskens, although some small pockets were still smoldering at that time.  The fire scene was cleared by 1 o’clock this morning.  There have been no reports of any injuries.

Mo cause for the fire has been released at this time.  An investigation is underway.