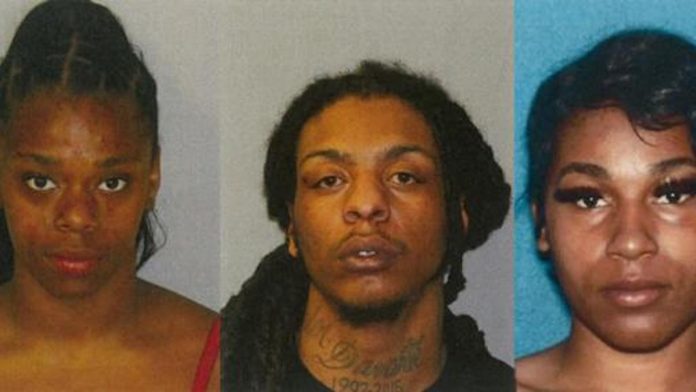 Three people have been charged in connection with the fatal shooting of a 17-year old girl from Jersey City  on July 6th.   Hudson County Prosecutor Esther Suarez released the following details late this morning:

The Hudson County Prosecutor’s Homicide Unit has charged three individuals in connection with the fatal shooting of a 17-year-old Jersey City girl, Tyeah Garner, on July 6, 2020 on Rutgers Avenue.

Cherry is currently being detained at the Bergen County Youth Detention Center on an unrelated matter. Carter remains at large and anyone with information about his whereabouts should contact the Hudson County Prosecutor’s Office Homicide Unit at 201-915-1345 or to leave an anonymous tip at: http://www.hudsoncountyprosecutorsofficenj.org/homicide-tip/. All information will be kept confidential. If anyone sees Carter, he should not be approached and police should be contacted immediately.

Izmae Tinker-Trent, 19, of Jersey City, has also been charged with Hindering a Murder Investigation in violation of N.J.S.A. 2C:29-3A(2), a crime of the third-degree. Tinker-Trent is scheduled to make her first court appearance on Tuesday, July 28, 2020.

Responding officers found the victim, a 17-year-old Jersey City female, later identified as Tyeah Garner, with a gunshot wound to the upper body. The victim was transported to the Jersey City Medical Center where she was pronounced deceased at 4:36 a.m. on Tuesday, July 7, 2020. The Regional Medical Examiner’s Office determined the cause of death to be a gunshot wound to the head and the manner of death to be homicide.