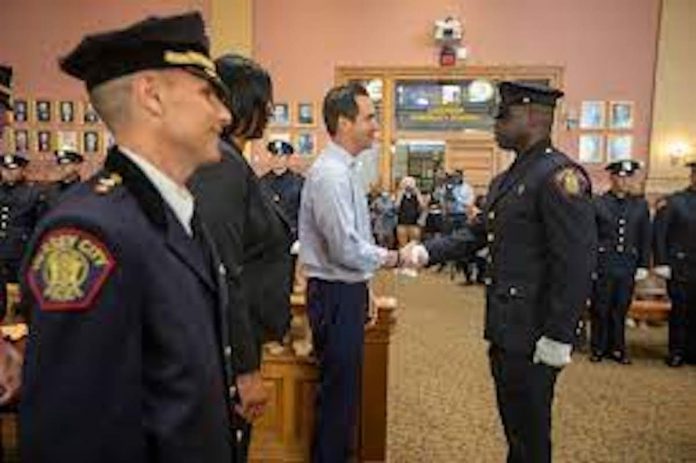 The Fulop Administration emphasized diversifying all ranks within the Jersey City Police Department while enhancing public safety citywide. As a result, nearly 75% of the over 900 officers on the force today reflect the City’s uniquely diverse populations.

“Today’s graduating class really speaks to our diversity recruitment efforts as we continue to see positive growth within the JCPD, the best police department in the state,” said Mayor Fulop.  “With every new class, we continue to surpass our original goals of growing the JCPD not only in size but also with quality officers who best reflect the community and residents they work alongside.”

The Fulop Administration has hired a total of over 700 police officers, growing the department from merely 769 officers in 2013 to the largest police department Jersey City has seen in decades. The administration’s focus on enhancing the number of police officers citywide has allowed for increased patrols in targeted areas coupled with a greater focus on proactively strengthening community relations with the officers who are out in the neighborhoods every day and night.

“Our police officers are our number one defense against crime, and these 30 new officers have undergone rigorous training to get to where they are today,” said Director Shea. “This latest class is joining the best police department Jersey City has seen in decades, and their contributions will only further improve public safety citywide.”

The next class of 45 JCPD recruits will start their academy training at the end of this month.