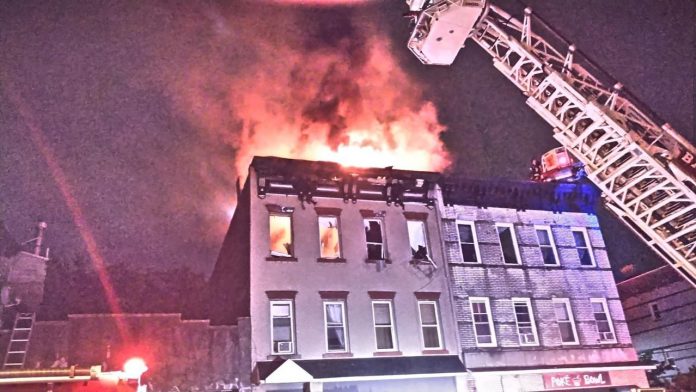 “At 2221hrs on Tuesday, June 7, 2022, the Bayonne Fire Department was dispatched to 326 Broadway on a reported bedroom fire. Upon arrival, units were met with heavy fire conditions on the 1st floor, of the three-story, six-unit building. As smoke and flames worked their way up through the building, firefighters were able to rescue a woman who was trapped at a third-floor window, via a tower ladder. 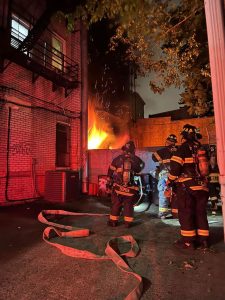 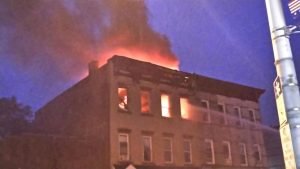 Firefighters used multiple hand lines to fight the blaze, which progressed to 4 alarms. The fire was declared under control at 0149hrs. The building sustained heavy fire damage, however, firefighters were able to keep the fire from spreading to the adjacent structures.
No injuries were reported and a fire investigation is underway, however, the fire does not appear to be suspicious in nature. 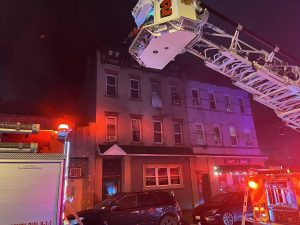 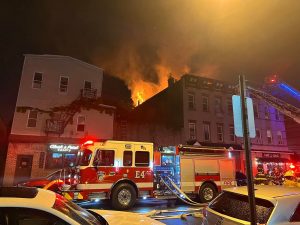 .            A total of 11 people are permanently displaced from the fire building, while 13 others are displaced temporarily. All displaced are under the care of the Bayonne Office of Emergency Management and the Red Cross.
I would like to thank our entire department for their hard work and bravery, as well as our mutual aid partners from Jersey City, North Hudson, and Kearny for their assistance.”