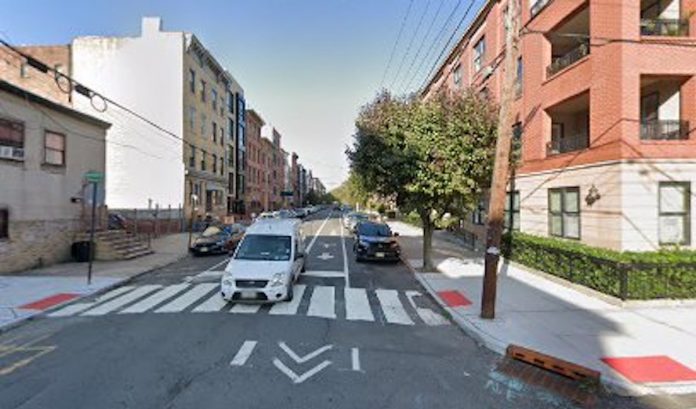 Glen Bland, age 43 from New York, New York has been arrested by Hoboken Police for DWI following a 4 vehicle crash.  According to Detective/Lieutenant Danilo Cabrera, the incident happened on Tuesday, July 20 at 10:48 pm near 7th and Grand Streets.

The Lieutenant says Police Officer Enrico Gnassi responded to the area of 7th and Grand Streets on a report of a motor vehicle crash. Upon arrival, Officer Gnassi observed a black Chevrolet had struck 3 parked vehicles and flipped onto the driver’s side. The vehicle’s operator was located sitting on steps on the north side of 7th Street.

Lieutenant Jonathan Butler and Police Officer Armando Caraballo also responded and interviewed the operator. Lieutenant Butler suspected that the operator, identified as  Bland, was under the influence of an intoxicant.  Police Officer Tyler Soto responded and conducted a standardized field sobriety test. Officer Soto determined that Bland was unable to safely operate a motor vehicle in a safe manner and was placed under arrest for driving while intoxicated.

Bland was transported to police headquarters where he refused to provide breath samples for chemical testing.  He received motor a vehicle summonses for DWI and refusal to submit to chemical testing.  Bland was released to a responsible party with a court date.