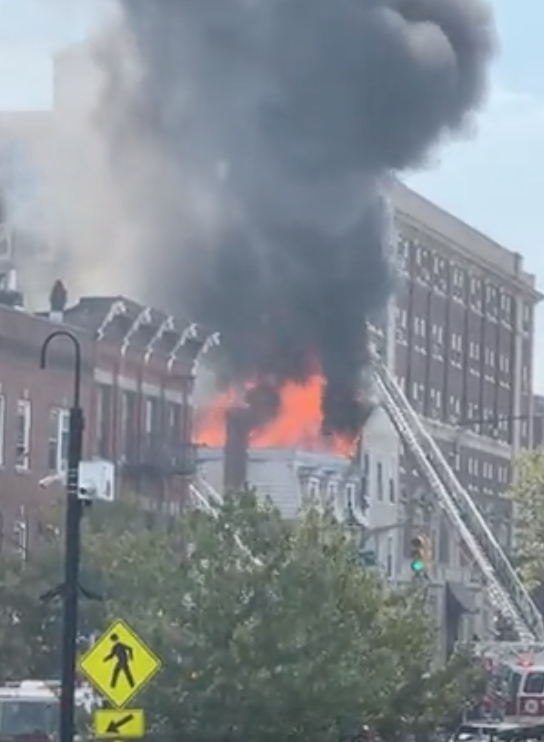 Two apartment buildings were damaged in the fire according to Fire Chief Steven McGill.  Investigators were on the scene trying to determine the cause.  Chief McGill told News 12 that, “We know it started somewhere between the two buildings, most likely on the second floor.”

All seven of the firefighters were taken to a local hospital, but none of their injuries was deemed serious.

The Red Cross is assisting the approximately 25 individuals who have been displaced from their apartments in the two buildings.