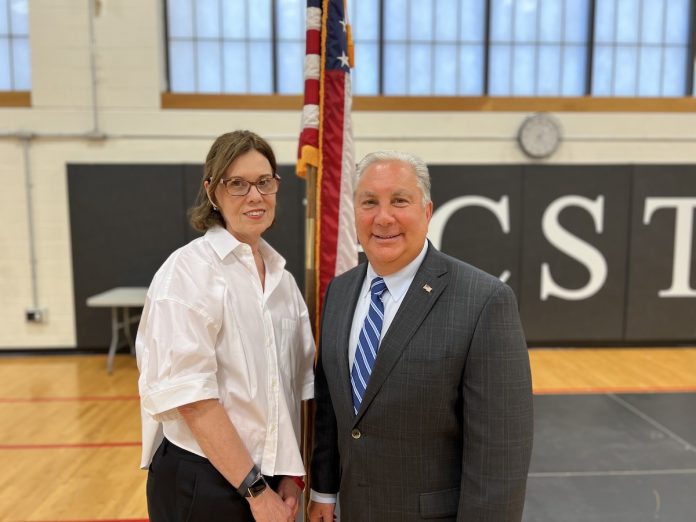 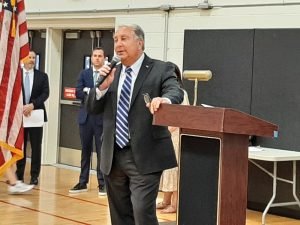 “Public service is in my family’s DNA and nothing means more to me than having the chance to serve the people of Hudson County, so it is an honor to be elected to this position as Chairman of an organization I’ve been an active member of since I was 18 years old,” said Chairman Vainieri.  “Winning elections is about organizing block by block and working with your neighbors to make sure their concerns are being addressed, and that’s exactly the kind of mentality I will bring as Chairman of the HCDO.  I would like to thank all the Mayors for their support, especially my hometown Mayor Nick Sacco, as well as my family and friends.  Most of all I’m thankful to the elected men and women of the county committee — they are the backbone of our organization and I will work hard to live up to the faith they have placed in me to lead our party forward.”

A lifelong North Bergen resident, Chairman Vainieri was elected to the Hudson County Board of Chosen Freeholders (now called County Commissioners) in 2014 and has Chaired the Board for the past six years.  He has worked tirelessly to upgrade county parks and facilities to improve quality of life for Hudson County residents, while also keeping costs under control and ensuring that county government operates efficiently and with the highest level of integrity.

Prior to his election to county office, Chairman Vainieri served on the Hudson County Schools of Technology Board of Education and was Chairman of the North Bergen Zoning Board. He presently serves as Chief of Staff to North Bergen Mayor Nicholas Sacco and is the owner and operator of Vainieri Funeral Home in North Bergen. 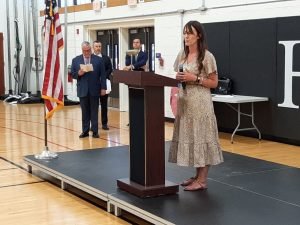 Former Chairwoman Amy DeGise, a first time Councilwoman At Large in Jersey City, had served as HCDO Chair for the past four years, normally a two year post, due to the pandemic.  She thanked the members of the committee for placing their trust in her and for the achievements of the past four years.  She expressed complete confidence in Chairman Vainieri and the progress she anticipates the organization will continue to achieve moving forward.