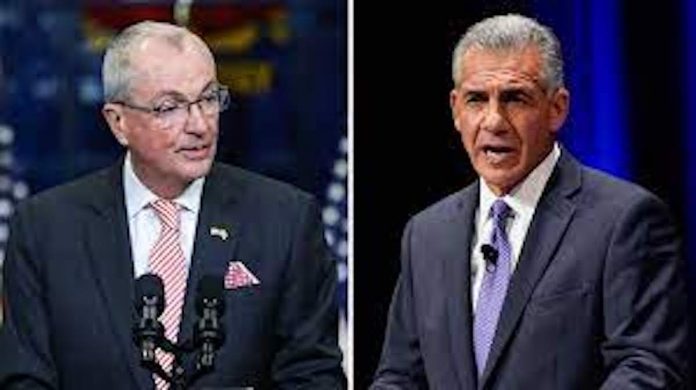 Phil Murphy has become the first Democrat to win a second term as Governor in New Jersey in more than four decades, but it certainly did not come easily.  The race against Republican Jack Ciattarelli, a former Assemblyman, was not decided on election night, November 2, as the two men were separated by a mere 1,200 votes, each statistically netting 50-percent of the vote.

At approximately 6:30 this evening, the Associated Press declared Murphy the winner.  With 98-percent of the state’s precincts reporting, the AP declared Murphy had 50.02 percent to Ciattarelli’s 49.23 percent.

As of 7 o’clock tonight, neither Murphy nor Ciattarelli had addressed the media on the AP report, although Murphy is expected to speak at 10 o’clock.

Last night, the race remained up in the air as a major portion of Essex County’s machine ballots had not be tallied, nor had several districts in Paterson.  Apparently those votes were tabulated today.

The question now remains, will Ciattarelli seek a recount?  And what about Governor Murphy implementing a vaccine mandate?  In the final days of the campaign an undercover recording of Murphy’s Hispanic Campaign Advisor Wendy Martinez surfaced showing he saying that once Murphy won re-election, he would mandate vaccines in New Jersey, despite denials by the Governor himself.  Martinez was seen saying he could not announce that until after the election.