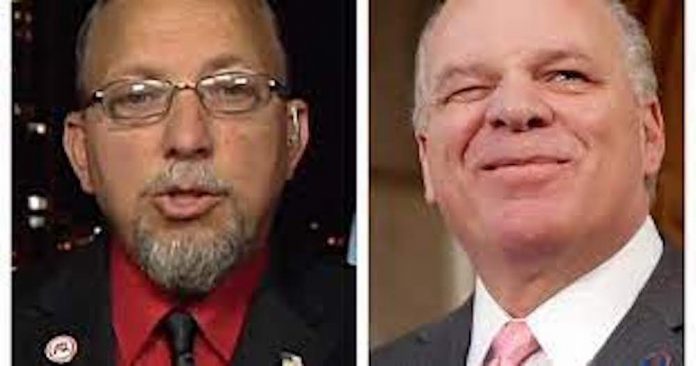 Democratic Senate President Steve Sweeney has held his Senate seat in South Jersey’s 3rd district since 2002, but he’s on the verge of being ousted from the Legislature.  When the Associated Press called the race for Republican truck driver and political newcomer, Edward Durr, on Thursday morning, 100% of the precincts reported 32,742 votes for Durr compared to 30,444 for Sweeney.

As of this morning, Sweeney had not conceded the election, and support had grown among Democrats in the state that State Senator Nicholas Scutari would succeed Sweeney as Senate President. 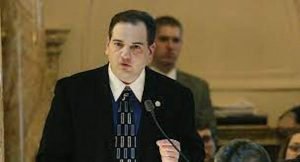 Durr, a Raymour & Flanigan furniture truck driver, ran a low-budget campaign based on his conservative and blue collar values.

Sweeney maintains that thousands of “recently found” ballots support his decision to refuse to concede the election to Durr.  “The results from Tuesday’s election continue to come in, for instance there were 12,000 ballots recently found in one county,” Sweeney told the Philadelphia Inquirer on Thursday. “While I am currently trailing in the race, we want to make sure every vote is counted. Our voters deserve that, and we will wait for the final results.”

Meanwhile, Durr stated following his projected win last Tuesday, “It didn’t happen because of me. I’m nobody. I’m just a simple guy.  It was a repudiation of the policies that have been forced down our throat, people told they can’t go to school, can’t go shopping. You cannot continue to tell people they can’t do things when we live in the freest country in the world.”

“Senator Nicholas Scutari’s decades of legislative experience, understanding of the issues facing urban communities, and commitment to communities of color make him a strong choice to serve as Senate President. We also applaud the diverse team he has assembled to lead the Senate. Along with Governor Murphy and the newly installed leaders in the Legislature, we must reaffirm our commitment to our Black and Brown communities and our working families. We must continue to fight for economic fairness and true social equity, and we must continue to break down the barriers that perpetuate systemic racism. We believe the diverse voices of this Senate leadership team are the right ones to keep moving our state towards these goals.” 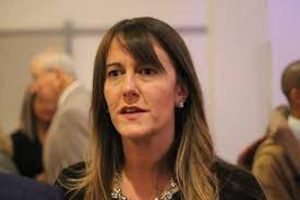 In Hudson County, Democratic Organization Chairwoman Amy DeGise, meanwhile, is thanking county residents, Mayors and elected officials for doing their part to make history by re-electing Governor Phil Murphy. The first Democrat to be re-elected governor in the state since 1977, Murphy received over 73% of the vote in Hudson County. In fact, Hudson County was the only county in New Jersey to deliver the same vote share to Governor Murphy that it gave to President Joe Biden in the 2020 election.

“Hudson County voters overwhelmingly supported Governor Murphy because we know that his policies are lifting up working and middle class families and making a real difference in our lives,” said Chairwoman DeGise. “From raising the minimum wage to making community college tuition free to investing in our public schools and so much more, Governor Murphy has delivered tor Hudson County and I am so proud that we were able to deliver for him in spite of a continuing pandemic that has made organizing much more difficult and national headwinds that dampened voter enthusiasm. I would like to thank the people of Hudson County and our elected leaders, especially our excellent Mayors who worked so hard to organize each of their communities, for working together to achieve this outcome, and I look forward to continuing to work with Governor Murphy to move New Jersey forward.”

DeGise also won her own election on Tuesday, as she is now a Jersey City Councilwoman-at-Large-Elect, and will serve as part of Mayor Steven Fulop’s administration upon her swearing-in.