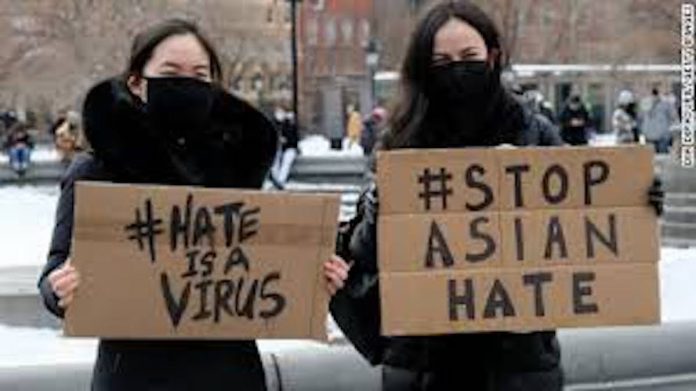 After the shooting in Atlanta that took the lives of six Asian American women, Assembly members Nicholas A. Chiaravalloti (D-Hudson), Raj Mukherji (D-Hudson) and Sterley Stanley (D-Middlesex) announced a measure today that condemned attacks against members of the Asian American and Pacific Islander (AAPI) community, as well as recognizing the contributions made to the state and country by those from the AAPI community.

“As we surpass the one-year mark of COVID-19, we recognize the impact it’s had on every person. Asian Americans and Pacific Islanders have been unfairly blamed for the pandemic since the very beginning, and the community has suffered a rise in discrimination and violent attacks ever since,” said Assemblyman Chiaravalloti. “Here is when we say ‘no more, we don’t stand for this.”

The resolution (AR-239) recognizes the AAPI community as a fundamental and significant community in the state of New Jersey, and condemns attacks against these communities as intolerable. New Jersey has nearly 1 million Asian Americans and Pacific Islanders residing in the State, accounting for about 10 percent of the State population.

“Racism and xenophobia have been an unfortunate recurring part of the Asian American immigrant experience since we first arrived in this country,” said Assemblyman Mukherji, who was the second Asian American to be elected to the New Jersey Legislature. “That same hatred, and the pain felt by the hated, is also central to the lived experiences of our Asian American neighbors today. This week’s despicable events in Atlanta, and over the past year, serve to remind us that we must actively work to fight hate and ignorance. It’s a start to part ways with a commander-in-chief that would refer to this disease as the “Kung Flu” or the “China Virus.” It is my hope this resolution, and the outpouring of empathy and support from the beautifully diverse people of New Jersey for our AAPI neighbors will be a call to action for all of us.”

Eight people were shot to death at three massage parlors in the Atlanta area on Tuesday, March 16, six of the victims being Asian women. Although it has not been confirmed yet, the victims of the shooting raise fears that it may have been racially motivated.

“Over the past year, there has been an alarming increase in anti-Asian racism, violence, and xenophobia. We must be proactive to address the devastating impact of discrimination and fear that our AAPI communities are feeling,” said Assemblyman Stanley. “New Jersey is home to millions of Asian Americans and Pacific Islanders. It is critical to end the intolerance and violence and ensure the safety and wellbeing of our communities.”

The shooting in Georgia is just one of many incidents thought to have targeted members of the AAPI community. Since last March, the advocacy group Stop AAPI Hate has received nearly 3,800 reports of hate incidents targeting Asian-Americans nationwide. In New Jersey alone, Stop AAPI Hate reported nearly 50 incidents related to the COVID-19 pandemic of Asian American and Pacific Islander discrimination between March 19, 2020 and December 31, 2020.