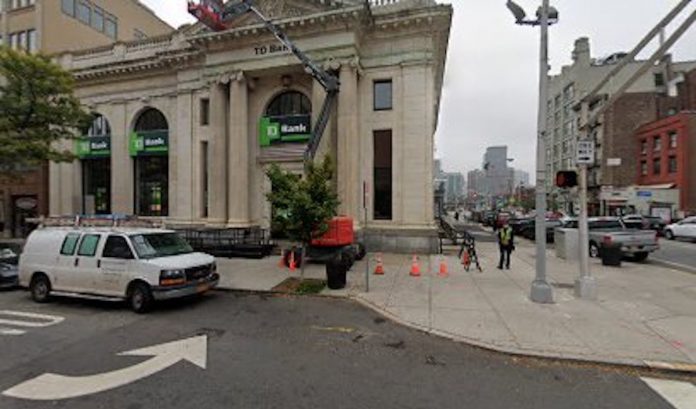 The Hoboken Police Department arrested a bank robber today.  According to Detective Lieutenant Danilo Cabrera, 30-year old Everton Gunter of New York, New York was apprehended and arrested at 11:27 this morning at the corner of 2nd and Hudson Streets.

It was reported that a male entered the bank, handed a note to a teller, and demanded money to be placed in a bag he was carrying.  He then demanded two other tellers to place money in his bag.  No weapon was used. The alleged actor then left the bank and a description and direction of flight was provided to police.  The description matched that of the Jersey City alleged actor.

Moments later, as Police Officer Ramon Calderon responded, he located a male fitting the description in the area of 2nd and Hudson Streets.  Multiple Uniform Officers and Detectives responded as back up.  The on scene investigation led to identifying the actor, who was placed under arrest for the robbery.  Detective Ryan Houghton and Police Officer Christopher Barral processed Gunter. Detective Michael Miranda charged Gunter on a warrant with robbery and terroristic threats.