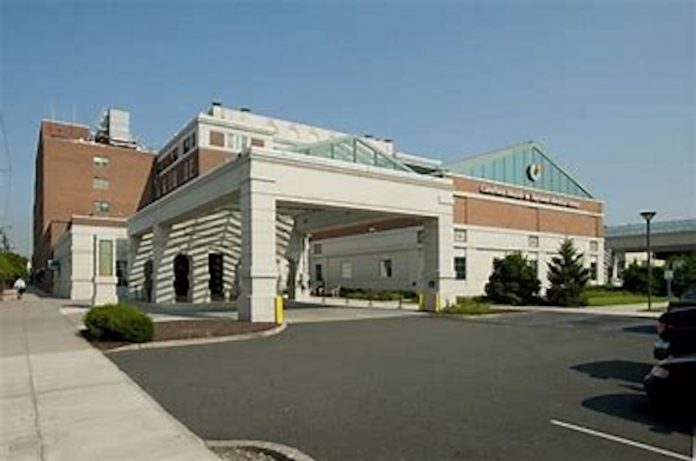 48-year old, Bayonne resident Saladin Blunt has been arrested for attacking a security guard at the Bayonne Medical Center at 8:34 on Friday night.

According to Captain Eric Amato of the Bayonne Police Department, Blunt , of Avenue A, was apprehended in the area of 23rd Street and Broadway after officers had responded to the Medical Center’s Emergency Department on a report of an assault in progress involving a security guard.

Upon arrival, officers learned that the man they were looking for, later identified as Blunt, had fled the ER.  Upon speaking with the victim, who was injured with a knife wound to his ear, police were told Blunt had been discharged from the ER and was asked to leave the hospital premises.

Blunt left, but remained outside the ER entrance.  According to Captain Amato, Blunt was acting belligerently towards patients and hospital staff.  The security guard went outside and asked Blunt to exit the area, which he did by walking southbound.  As the security guard then turned his attention to another person needing assistance, Blunt attacked him from behind, punching him twice in the face and slashed him across his ear with a pen-styled knife.

Blunt fled the scene, but was apprehended by police several blocks away on Broadway.  Amato says the knife was not recovered.

During the arrest process, police discovered Blunt was wanted on a warrant issued from the Bayonne Municipal Court.

He has been charged with aggravated assault, possession of a weaponHe for an unlawful purpose, unlawful weapon’s possession and the warrant.

He was remanded to the Hudson County Jail in Kearny.