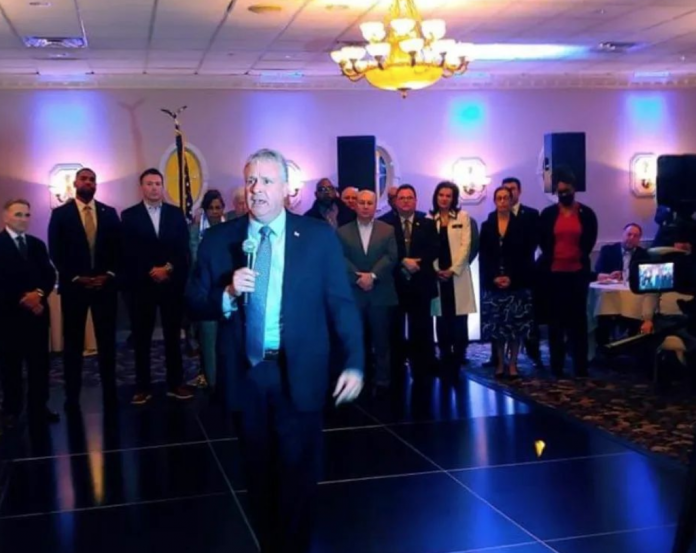 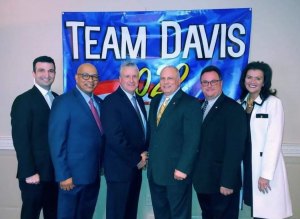 Team Davis is comprised of incumbents Neil Carroll of Ward 1, Gary LaPelusa of Ward 3 who is seeking a fourth term, and At Large Councilman Juan Perez.  The newcomers on the ticket are Jacqueline Weimmer, who hopes to replace Councilman Sal Gullace who is not running for re-election, and Loyad Booker, running At Large, hoping to become the first African American elected to the Council.

Assemblyman William Sampson IV introduced Mayor Davis, who said Bayonne is not broken, the line being used over and over by his mayoral opponent, current Council President Sharon Ashe-Nadrowski.  Mayor Davis stated that city hall was never broken and it never closed.  It worked every day, referring to the last two years of the pandemic. 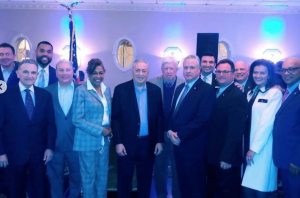 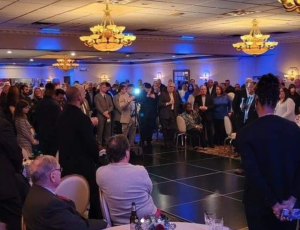 The Bayonne election is on May 10.