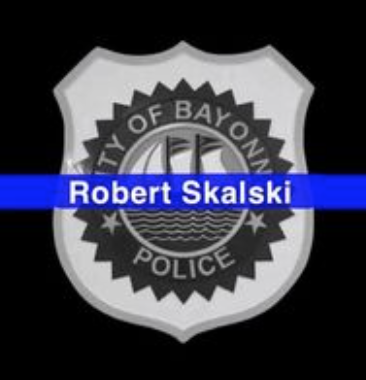 For the second time in the past several weeks, the City of Bayonne is mourning the unexpected death of a member of its Police Department.  Mayor Jimmy Davis announced in a Facebook post last night that Sergeant Robert Skalski passed away in his home on Monday morning.

“Sadly, I must announce the passing of Bayonne Police Sergeant Robert Skalski,” the Mayor wrote.  “Robert died, unexpectedly in his home this morning.  Sergeant Skalski served Bayonne for over 24 years, and was well known throughout our city.  On behalf of our entire community, I want to express our deepest condolences to wife Carole, daughters Rebecca and Victoria, and his brother Raymond, who is a retired Sergeant from the Bayonne Police Department.  Rest in Peace Robert.”

Skalski was promoted to the rank of Sergeant in February, 2015.

Police Chief Robert Geisler added, “Sergeant Skalski diligently served our community for approximately 24 years.  He will be sorely missed.  On behalf of myself and the entire department, we send our deepest condolences to the entire Skalski family.”