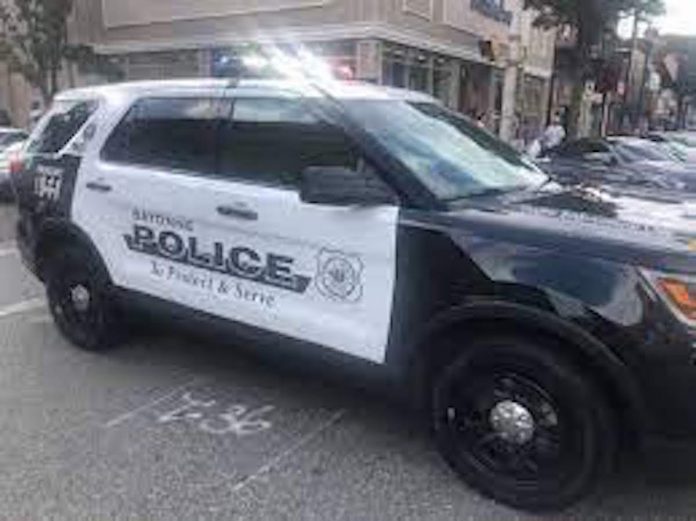 Antwon Cooper (44) of Elizabeth was taken into custody at 1849 hours following a vehicular pursuit he initiated with Bayonne Police detectives.

According to Bayonne PD, Detectives seated in their parked vehicle in the area of 11th Street and Avenue C observed a vehicle traveling southbound at an extremely high rate of speed that almost struck their vehicle.  The vehicle then proceeded to travel southbound in the northbound lane, almost causing a crash.  The detectives followed the vehicle and attempted to conduct a motor vehicle stop as the vehicle continued to be operated in a reckless manner by failing to stop at red traffic lights and accelerating in an effort to elude the police.  A pursuit ensued but, due to safety concerns to the public, it was terminated shortly after.

A short time later, the vehicle was observed by detectives turning onto a dead end street off of JFK Boulevard and the driver, later identified as Cooper, exited and began fleeing on foot.  The detectives immediately gave chase on foot as they ordered Cooper to stop fleeing and that he was under arrest.  Cooper disregarded their commands and continued his flight until ultimately being apprehended in the area of 5th Street and Avenue C.  Cooper resisted arrest by tensing his arms in an effort to not be handcuffed/arrested.  He was ultimately placed into handcuffs and taken into custody. The search incident to arrest led to the recovery of 21 pills of ecstasy from Cooper’s person.

The investigation also led to the discovery that the vehicle displayed fictitious plates and was stolen out of Jersey City on 11/02/2022.

During the arrest process, Cooper was also found to be wanted on 3 outstanding warrants; 1 out of Elizabeth, 1 out of Mountainside,  1 out of Union County Superior Court.

He was charged with the following: