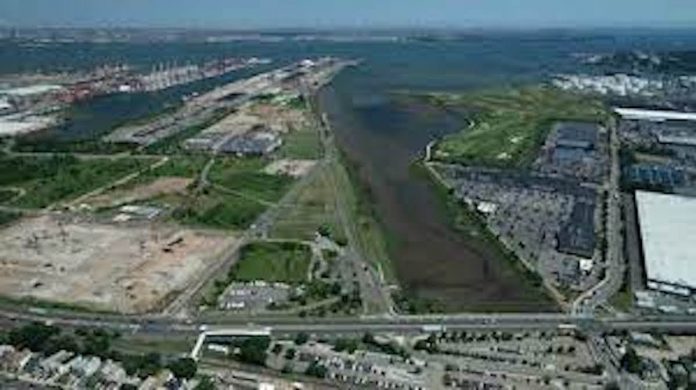 BAYONNE, N.J. — According to a bombshell story in Politico, mayoral candidate Sharon Nadrowski is attempting to sabotage a massive mixed-use development on the former Military Ocean Terminal that is a key part of Mayor Davis’ successful vision to revitalize Bayonne. Nadrowski has voted in favor of the project numerous times, including approving its Payment in Lieu of Taxes agreement and its Redevelopment Plan, but now she says she “hasn’t decided” on how she will vote on the project’s Final Site Plan Approval.

“If Sharon Nadrowski gets her way and kills this project she will not only sabotage the long-awaited redevelopment of the Military Ocean Terminal that Mayor Davis has successfully spearheaded, she will also expose Bayonne taxpayers to millions of dollars in legal liability by denying an ‘as of right’ approval,” said Davis campaign spokesman Phil Swibinski. “Mayor Davis paused residential development in Bayonne neighborhoods to give residents a chance to study its long-term impacts, but everyone supports this kind of mixed-use development at MOTBY — everyone except Sharon Nadrowski, who is apparently willing to flip-flop and potentially cost Bayonne taxpayers millions of dollars just to score cheap political points.”

Contrary to Nadrowski’s misinformation, the developers of the “Landing District at MOTBY” project are under contract with the city to purchase the land and are poised to begin construction immediately after receiving final site plan approval. The project conforms to the existing zoning for the MOTBY area, and if the Planning Board does not approve it the city would open itself up to significant legal costs and exposure. This latest stunt by Nadrowski comes on the heels of her campaign floating the possibility of canceling the city’s water system contract, which would cost Bayonne taxpayers over $300 million.

“Sharon Nadrowski is proving every day that she would be a disaster for Bayonne taxpayers, putting them on the hook for hundreds of millions of dollars and raising property taxes at a time when residents can least afford it,” said Swibinski. “During these challenging economic times Bayonne needs a leader like Mayor Davis with a record of stabilizing property taxes, not someone like Nadrowski who is willing to risk the city’s financial future for her own political gain.”

Mayor Davis announced last month that he would pause new residential development within existing city neighborhoods in order to fully study its effect on quality of life, however he made it clear at the time that this directive did not apply to development at the MOTBY site. Advancing redevelopment projects at MOTBY is one of Mayor Davis’ most important priorities and he has successfully brought numerous projects to the long dormant site, including residential development, retail sites like Costco, Starbucks and other stores, and major commercial projects that will create thousands of quality, good-paying jobs for residents.