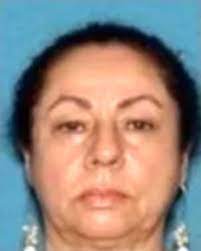 According to Prosecutor Musella, in November, 2020, members of the Bergen County Prosecutor’s Office Special Investigations Squad initiated an investigation, dubbed “Operation Hope in Darkness”, into a human trafficking, prostitution, and money laundering organization operating throughout Bergen County, in northern New Jersey, and in New York. The investigation revealed that several individuals were trafficking women throughout Bergen, Hudson, Middlesex, and Passaic Counties, and in Rockland County and Queens County, New York for the purpose of engaging in commercial sex acts.

Musella stated, as previously reported, during the early morning hours of Wednesday, February 3, 2021, over 100 detectives from the Bergen County Prosecutor’s Office executed 19 search warrants in Bergen and Hudson Counties, and arrested 21 individuals. One individual, Rincon, became a fugitive from justice and was believed to be residing in the South American country of Colombia. On Wednesday, January 12, 2022, Rincon was indicted by a Bergen County Grand Jury and charged with second-degree racketeering; two counts of second-degree financial facilitation of criminal activity; second-degree promotion of organized street crime; and third-degree promoting prostitution.

On Tuesday, February 15, 2022, Rincon was identified as attempting to enter the United States via a flight from Colombia.  She was subsequently taken into custody at Newark Liberty International Airport by law enforcement officers from the Bergen County Prosecutor’s Office, the Port Authority Police Department, and the United States Customs and Border Protection.

As a result of this investigation, more than 50 women have been identified as being victims of human trafficking.

In partnership with the United States Department of Homeland Security Victim Assistance Specialists and Covenant House, the BCPO is continuing efforts to connect these victims with all available services to help them obtain a life free from sexual servitude and abuse.

Anyone who has been the victim of human trafficking is encouraged to call the Bergen County Prosecutor’s Office Tipline at 201-226-5532. Services and assistance are available, and we will ensure that victims are connected to resources.

Prosecutor Musella stated that these charges are merely accusations and that the defendant is presumed innocent unless and until proven guilty beyond a reasonable doubt. He would like to thank the following agencies and offices for their assistance in this investigation: Office of Homeland Security Investigations – New Jersey Division, Port Authority Police Department, and the United States Customs and Border Protection.