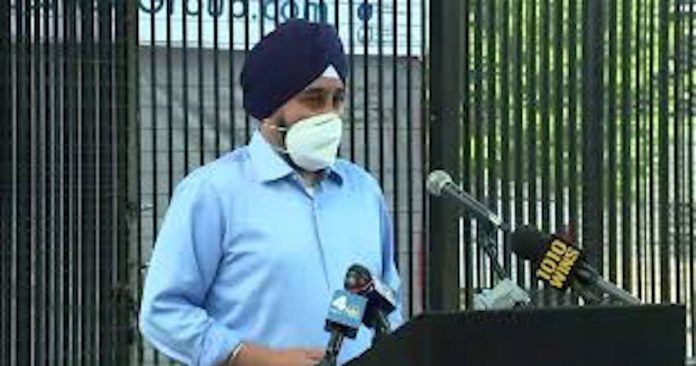 After speculation surfaced that Hoboken Mayor Ravi Bhalla would be a candidate to succeed retiring Congressman Albio Sires in the 8th District, Bhalla tweeted this afternoon that he was not in the running.

Ravinder S. Bhalla
@RaviBhalla
While I’m honored and humbled to have been approached by members of the Sikh and South Asian community, along with other stakeholders to run for Congress, I’m 100% committed to serving the residents of Hoboken as Mayor.  There’s still a great deal to do the next four years, especially in the midst of a global health pandemic, and I look forward to continued public service in City Hall.
While not a declared candidate, Rob Menendez, Jr., an attorney and Port Authority Commissioner, reportedly has the strong backing of the leadership of the Hudson County Democratic delegation.
The filing deadline for the June Primary Election is not until next spring.
Congressman Sires’ term in the United States House of Representatives ends in January, 2023.  In a Zoom interview with Hudson TV this afternoon, the Congressman expressed his support for Menendez, Jr. as his successor.